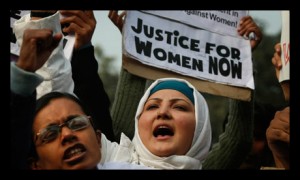 In the eighth biannual forum of the World Alliance of Cities Against Poverty in Dublin, the focus is being brought to the issue of violence against women and girls in public spaces.

In Dublin, around 600 delegates gathered for the eighth forum of the World Alliance of Cities Against Poverty. Over the course of two days, February 20 and 21, leaders from the private sector and civil society met to discuss development challenges and approaches to poverty alleviation. The theme of this year’s conference was Making Cities Smart, Safe and Sustainable. Under-Secretary-General and Executive Director of UN Women Michelle Bachelet delivered the opening remarks and prompted a need to empower women in the pursuit of greater social and economic progress around the world.

“Violence against women in public spaces remains a largely neglected issue, with few laws or policies in place to address it,” Bachelet said.

In Quito, the public awareness campaign Cartas de Mujeres, or “Letters from Women,” encouraged women to write letters to the city government about their experiences with violence. The 10,000 letters received prompted the amending of the ordinance eliminating violence against women to include violence in open spaces. In Port Moresby, where 55 percent of women market vendors reported experiencing some sort of violence, a market vendor association was organized to voice concerns and work with the government for a safer environment. Mapping technologies are being utilized in Rio de Janeiro to identify safety risks in ten high-risk areas around the city. UN Women is also working with Microsoft to find ways to use mobile technology as a tool to address sexual harassment and violence against women in public spaces.

Bachelet writes that as more women, men and young people voice their concerns, participate in local government, and take action for the safety of women and girls, “change happens.”