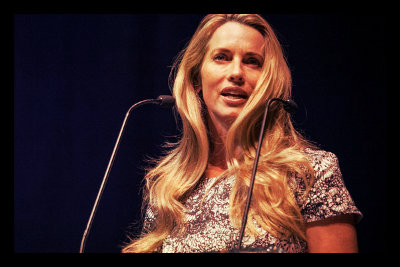 Laurene Powell Jobs, Steve Jobs’ widow, has begun to publicly focus more on philanthropy. She is normally a very private person who would rather stay out of the spotlight, but she has recently become more public about the issues she cares about the most. One of her greatest passions is education, and she helped found College Track, an organization that helps low-income students in underprivileged communities prepare for college by providing rigorous academic training to help them succeed. The organization has coached over 1,400 students, and as a result 90% of them were able to attend college afterwards.

Although Laurene’s public philanthropic work is minimal, that doesn’t mean this is the first time she’s committed herself to a good cause. Laura Arrillaga-Andreessen, a philanthropist and close friend of Laurene’s, says that “if you total up in your mind all of the philanthropic investments that Laurene has made that the public knows about…that is probably a fraction of 1 percent of what she actually does.”

Laurene is also committed to other charities outside of the United States, supporting many organizations that help the poor in Africa, including Ben Affleck’s Eastern Congo Initiative charity.