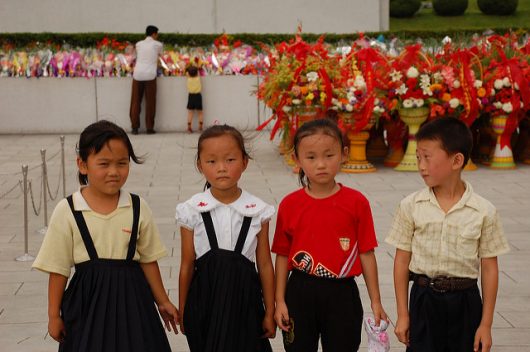 The world was watching when Kim Jong Un ascended the international stage to shake hands with U.S. President Donald Trump. Yet the fanfare of a once-in-a-blue-moon summit in Singapore between the North Korean and American heads of state shuffled North Korean human rights abuses to the back of the media’s story deck. The latest member of the Kim dynasty lives and speaks in superlatives; his people do not. Here are the top 10 facts about living conditions in North Korea.

The top 10 facts about living conditions in North Korea show that the situation is abysmal, but standards are on the rise. Kim Jong Un has been more liberal than his predecessors in state control of the economy, allowing pockets of capitalism to flourish.

Despite this, totalitarian shackles remain as steadfast as ever before, and the possibility of political reform seems a distant specter. A long bridge of negotiation and diplomacy on the part of outside powers must be crossed if living conditions in North Korea are ever to substantially improve.