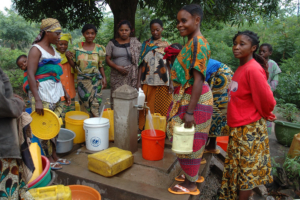 The Democratic Republic of the Congo (DRC), a country located in Central Africa, has been the victim of oppression, colonization and enslavement by European nations dating back to the year 1890. Violence and war continued for decades as a result. The Central African country currently lacks some essential sanitation resources, which has led to the spread of diseases such as cholera within the nation. Part of this is because half of the people of the DRC receive improved drinking water from wells and public standpipes. Here are 10 facts about sanitation in the DRC.

10 Facts About Sanitation in the DRC

The Democratic Republic of the Congo has seen little improvement in water quality and sanitation services. Thankfully, people and organizations are consistently working on improving everyday life for the people of the DRC. Whether it be funding Congolese families to have a functioning toilet in their homes or building a protected well for an entire village, there are several ways these organizations can make an impact