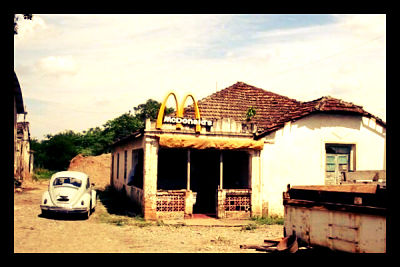 As developing countries’ economies improve they are increasingly at risk of the obesity pandemic. As income levels rise and physical labor decreases, these populations become susceptible to the same unhealthy weight gain that has swept through the United States and Europe.

The World Health Organization (WHO) defines “obese” as having a body mass index of thirty or above. A recent report by the Organization for Economic Cooperation and Development (OECD) states 500 million people worldwide qualify as obese, or 1 out of every 10 people.

Already obesity rates in Brazil and South Africa exceed OECD countries’ average. However, in order to slow these growing rates, developing nations must get ahead of the trend. The OECD report recommends these countries utilize media campaigns, subsidy programs, and taxes to promote healthier diets. However, these actions present a bill that developing nations are reluctant or unable to pay. The OECD states the agenda would be cost-effective down the road by preventing staggering health care expenses. Taxes on sugary and fatty foods have proven to slow obesity rates in developing countries.

Increased economic potential in developing countries opens them up to alternative food sources. These sources may include “westernized” diets of sugary and fatty foods. As rural populations become urbanized they are put at risk of developing health problems including rising obesity rates. While rural populations rely on traditional diets consisting of self-grown fruits, vegetables, and grains urban populations obtain their food from outside sources. These are often cheaper, processed foods.

In a study published in the Oxford International Journal of Epidemiology the authors, conducting studies in Gambia, state their belief that the remittance economy may affect diets in villages. With the increase in remittances (money sent home from family members working abroad) local villagers have increased access to imported food items, often high in fat and oils.

Under-nutrition in early life may predispose an individual to obesity later. Some research has shown that “nutritional stunting” or under-weight children may later be more susceptible to extreme weight gain. This susceptibility presents a targeted risk for developing countries.

A significant concern for developing countries are the health problems that are associated with obesity. Obese individuals often suffer from heart disease, diabetes, and cancer. However, health systems in developing nations are ill-equipped to deal with these diseases or even patient increases. In many of these nations the health care industry and health aid must still address malnutrition, malaria, TB, and HIV/AIDS.