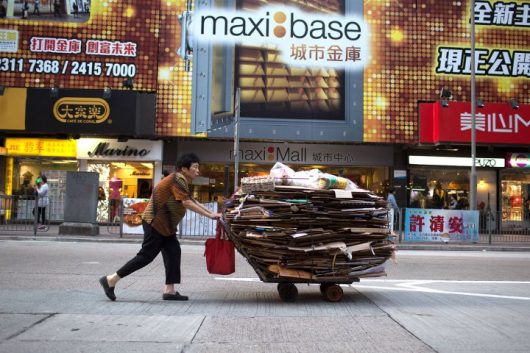 In Hong Kong, 1.34 million residents live in poverty. With a poverty rate of 19.7 percent, the region’s people are in need of an economic reform. Fortunately, more entities are discovering the necessity for decreasing the poverty rate in Hong Kong and making plans to alleviate the problem.

In 2014, Hong Kong’s chief executive, Leung Chun-ying, proposed the Low-Income Working Family Allowance program. If a family’s income is at or below 50 percent of Hong Kong’s median income, and the family has at least one employed person, the family can receive up to $130 monthly or more, depending on the number of hours worked. The program is intended to reach 710,000 impoverished residents.

Hong Kong’s government also plans to enhance education and training opportunities, specifically jobs that facilitate mobility for the region’s youth. More financial, and other, assistance will be provided to Hong Kong’s poor families. The educational expenses for children within those families will also be considered.

The Old Age Living Allowance (OALA) is another program intended to alleviate poverty–specifically among Hong Kong’s elderly and impoverished communities. The OALA alleviated more than 43 million elderly Hong Kong residents in poverty in August 2016. Seeing this result has given Hong Kong’s government the goal to make similar programs that could help reduce the poverty rate in Hong Kong.

Groups and individuals outside of the government have also been doing their part to reduce the poverty rate in Hong Kong. Ho Hei-wah is a social activist who spent decades helping Hong Kong’s poor and continues to do so. Presently the director of the nonprofit Society for Community Organization (SCO), Hei-wah provides services to Hong Kong’s poor and other neglected communities. To Hong Kong’s people, Hei-wah is considered a champion and he plans to tackle future challenges facing the region’s poor.

In 2016, Habitat for Humanity found that many impoverished Hong Kong residents are forced to live in hazardous industrial homes, typically called “urban slums.” The organization is urging the government, charities and the public to work together in tackling Hong Kong’s housing problems. Habitat for Humanity plans for 15 million Hong Kong residents to have safe housing by 2020.

Decreasing the poverty rate in Hong Kong has become a main goal for many people. While some plans are still in progress, the mission to better the lives of Hong Kong’s impoverished communities remains an important priority. For now, Hong Kong’s poor are given hope that a better quality of life is soon to come.