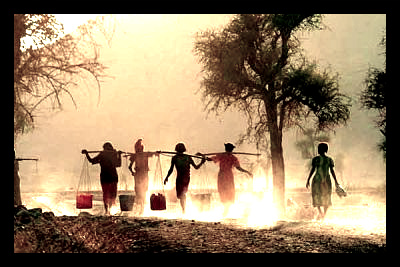 Situated on the Red Sea, Eritrea is one of the youngest independent countries in the world, but it is also one of the poorest. Eritrea has had to deal with being a small, seriously poor country with many socio-economic problems since it won independence from Ethiopia after 30 years of war in 1993. Like many African nations, the Eritrean economy is largely based on subsistence agriculture with around 60% of its population relying on agricultural activities, like livestock and crop production or fishing, for food and income. In 2003, Eritrea had an annual per capita income of $150 and as a result was ranked at 155 out of 175 countries on the Human Development Index. Food insecurity and poverty are extremely widespread and are increasing; nearly half of their food has to be imported even with adequate rainfall.

More than 50% of the entire country was below the poverty line, and 44% of children under the age of five were underweight between 1990 and 2001. Around 2 million Eritrean people, a large amount of the population, are experiencing economic hardship. The low productivity of their livestock enterprises and crops extremely harm rural households, the most affected by poverty. Nearly two-thirds of all the households in Eritrea lack food security.

Some of the worst droughts in Eritrea’s history threatened the lives of over a third of the population from 2002-2004. Large quantities of livestock perished or were sold fairly cheaply to pay for food and crop production greatly fell by about 25%. Malnutrition levels are very high in Eritrea and the rural people do not have much access to social services like healthcare and purification systems for clean drinking water. Many women are the heads of their households and have to produce food and care for their children. These types of households are largely disadvantaged because they rely greatly on the help of male relatives and neighbors who may not always be available when they are needed.

The mandatory military service and armed conflicts take many men away from their families and villages and this plays a large role on the severity of poverty in the country. The border war between Eritrea and Ethiopia left tens of thousands of people killed and although a peace deal was agreed upon, there are still tensions between the disputed territories. There have been more people condemned to poverty than have been lifted out of poverty from the war in Eritrea, but the government has been working toward diplomatic solutions with Ethiopia. After Ethiopia sent in troops to Eritrea in March 2012, Eritrea remained peaceful and announced that it would not retaliate, rather it would use the proper diplomatic channels to resolve the issue and eventually bring economic growth to both countries.

Though the situation does not look promising for many rural families, Eritrea has traditional ways of protecting the rural poor communities. Wealthier families dispose of assets, like livestock and crops, and then make loans to their poorer relatives and neighbors during times of great stress. A community’s wealthier families will help households that are physically unable to cultivate their own land at different times of the agricultural cycle.