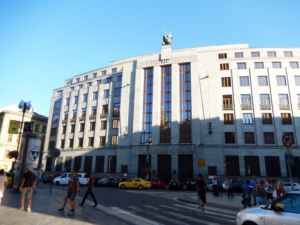 The Czech Republic is a country cradled in Central Europe and is a member of the European Union. Despite its membership in the EU, the Czech Republic opted out of adopting the Euro in favor of keeping its own currency, the Koruna (CZK). Formerly a communist country in the Soviet Bloc, the Czech Republic adopted democratic market-oriented policies following the Velvet Revolution in 1989. With this shift toward free markets and an industrial economy, the Czech Republic experienced a credit boom in the early to mid-1990s. Unfortunately for Czech households, with rising credit comes rising debt in the Czech Republic as well.

A Closer Look at Debt in the Czech Republic

After shedding the yolk of communism in 1989, the Czech Republic embraced free-market policies focused on industrialization and the growth and privatization of business. Deregulation ensued, with particular focus placed on unshackling the banking and lending industries.

Following the credit boom of the 1990s, a reform on the lending system in 2001 provided the opportunity for a slew of private bailiffs to emerge to collect debts racked up throughout the spending boom in the previous decade. These private debt collection agencies often employ aggressive strategies to enforce repayment. The private bailiffs often pursue debts regardless of the debtor’s ability to pay. They utilize brutal strategies for recollection such as freezing bank accounts and siphoning earned income. They even enter into debtors’ homes to seize property.

Currently, 863,000 Czechs face at least one seizure order. This means, due to the current legal framework, their income above a certain minimum amount can be forcibly redirected towards debt repayments. This represents roughly 10% of the current population of the Czech Republic.

People who accumulate even small debts such as those from telephone bills may face compounding debt traps. This is a result of poor financial literacy and loose regulations on lenders and financial institutions. In addition, there are laws that make bankruptcy declaration extremely convoluted and difficult. This legal and institutional framework of the Czech debt system regressively places an undue burden upon the middle and lower classes to pay debts which they cannot afford. Thus, it stifles economic mobility and magnifies the financial hardships faced by the Czech people.

Finding Ways Out of Debt in the Czech Republic

Fortunately for many within the Czech Republic, various government and non-government solutions are being implemented. Financial literacy is critical when navigating the complex landscape of personal debt, which is one of the main services that Czech nonprofit People in Need provides. People in Need offers debt advisory services to Czech citizens to help them understand financial planning, borrowing and repayment of loans. People in Need also helps debtors legally defend themselves from unjust collections strategies as well as petition for bankruptcy. This can be an important tactic for alleviating debt in the Czech Republic.

The Czech government is also aware of these systemic issues. As of 2017, Parliament has debated bills addressing these strict policies regarding seizures and bankruptcy. Since the early 2000s, the law allows companies to better collect their loans by paying collections agencies. These agencies can cause the fees owed by debtors to skyrocket, potentially over ten-fold. This is due to costly collections processes as well as fees collected by the agencies. Both the government as well as nonprofit organizations like People in Need are working on ways to lower fees. They also work to expand access to the possibility of bankruptcy and more generous debt relief.

The Czech Republic serves as an important case study in national debt policy. Even a relatively rich country in Europe can still place undue financial burdens on its lower classes through inadequate lending laws and aggressive privatization of the credit industry. The work being done by nonprofits and the government should act as an example in reforming household credit markets and hopefully create a more just and forgiving landscape for lenders within the Czech Republic.