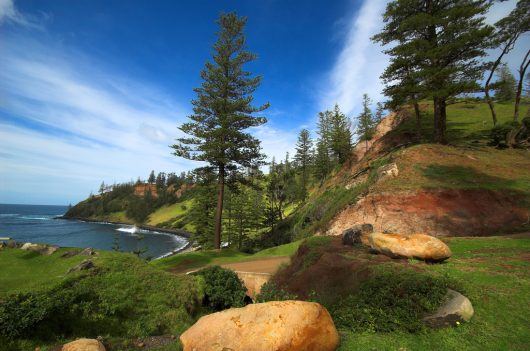 Two years ago, Norfolk Island lost its independence after 68 years to become an official territory of Australia.

The new reforms, due to Norfolk Island’s severe economic downturn and high poverty rates, took effect on July 1, 2015. Half the population is at or below the poverty line.

The remote island between Australia and New Zealand relies on tourism for its main industry, but when its tourism rates heavily declined, the island began going to Australia for economic help.

The mainland decided to make Norfolk an official territory in which the 1,800 residents would have to pay personal and business income taxes to Australia. In return, Norfolk is provided with healthcare and social security benefits which they had previously been denied.

Many Norfolk Islanders resented this change due to the island’s deep roots of nationalism. The island was established in 1856 when 194 Pitcairn Islanders and their Tahitian companies settled there. Around 38 percent of the islanders are descendants of the original settlers.

“History is being rewritten around us about who we are and who we were. Our political heritage has been completely erased,” said Andre Nobbs, a former prime minister and descendant of a Pitcairn family. “You imagine all of those things happening to you as a people or a nation.”

So many Norfolk Islander’s feel that this change is a violation of the island’s rich political heritage and present the new mainland rule. To this day, they refer to themselves as Norfolk Islanders, and that the word ‘Australian’ on their passports is merely a technicality. With so much disapproval, it’s a wonder why the shift in power should even have happened.

The answer is because it works. Today, the island’s economy is taking off. The real estate industry has done more business in the last nine months than it has in the past seven years, more tourists are coming and new medical facilities and better schools have come about from this shift in power. Nonstop flights to and from Auckland have returned as of April this year. Many visitors to Norfolk Island have decided to move there permanently after a holiday there.

While the people of Norfolk will refer to themselves as Norfolk Islanders before they admit any connection to Australia, becoming a territory of Australia has greatly improved the economic state of the island.