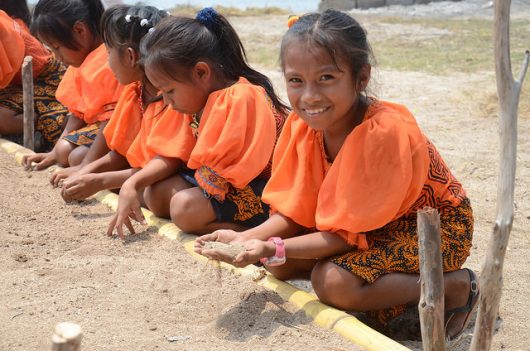 A 2015 report by the United Nations Organization for Food and Agriculture (FAO) showed that Panamanian malnutrition rates have fallen in the last 25 years from nearly 26 percent to 10 percent. The report attributed this trend in decreasing hunger in Panama to its economic growth.

Panama has made significant progress in reducing poverty in recent years. Between the years 2008 and 2014, from the 3.9 million citizens of Panama, an additional 168,000 people overcame extreme poverty, while close to 300,000 got out of poverty.

Research began in 2006, coming to fruition in August 2013, when the government launched Agro Nutre Panamá, coordinating the improvement of food quality among the rural, indigenous poor by adding iron, vitamin A and zinc to seeds.

“We see biofortification as an inexpensive way to address the problem by means of staple foods that families consume on a daily basis,” said Ismael Camargo, the coordinator of Agro Nutre, in an interview with Inter Press Service (IPS) in 2014.

The program enlisted 4,000 subsistence level or family farmers in planting biofortified seeds and does not plan to monetize the seeds for commercial use.

“The aim is to improve the nutritional quality of the diets of family farmers,” food engineer Omaris Vergara of the University of Panama told IPS.

While the exact impact of these biofortified crops has yet to be measured, due to lack of the Central American country’s research infrastructure, this program of eliminating hunger in Panama shows great promise.

The Top Diseases in Malaysia Poverty in Macau
Scroll to top