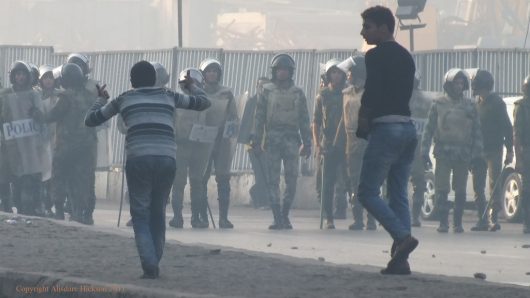 Military action can seem to be the logical fix to solving many of the issues of poverty-stricken areas. Because these areas are so susceptible to violence, it might seem like the authority of a powerful military could be the solution. However, military involvement might actually be having the opposite effect and contributing to global poverty.

It continues to remain an unanswered question: are countries poor because they are violent or violent because they are poor? According to the World Bank’s World Development Report, although there are several contributing factors to poverty, violence is becoming the primary one.

While on the surface it appears that these countries have fallen vulnerable to a poverty trap, the World Development Report suggests that there is something deeper than the poverty trap. Beneath the poverty trap is a violence trap that puts a constraint on the development of countries living in poverty. While peaceful countries are able to escape poverty, countries affected by military violence remain impoverished and sometimes even worsen.

One form of military violence that has severely hurt 39 impoverished countries is civil war. All 39 of the countries that were involved in a civil war since 2000 have also had one in the last three decades, according to The Economist.

Although not many countries suffer from civil war, it causes enough of an impact on global poverty to create lasting damage. Following many civil wars is extreme gang violence. Today, more people are murdered in Guatemala per year by gang violence than from military violence during the country’s civil war in the 1980s.

The countries involved in civil wars — as well as interstate wars and coups — experience more poverty issues than they did in the past. Today, fewer countries experience this type of military violence, but the ones that do are suffering repeatedly.

Increasing military involvement is leading to increased poverty in these already poor countries because they do not have the financial stability or unity to develop after these wars. People’s homes and communities are destroyed as well as the little food that was once available to them. As a result of this military violence, poverty increases to incredibly dangerous levels.

While countries are spending more money on militaries than they ever have in the past, funding for necessities such as food, education and healthcare is being put on hold. Military involvement has an impact on global poverty for the violence it entails, but it also contributes to the brutality of poverty.

As stated in Bainbridge Island Review, “every dollar spent on weapons and war is a dollar not spent on food, education, health care and the environment.” Thus, peaceful countries are more capable of reducing poverty because they are putting funding toward helping people rather than fighting.

To put an end to this vicious cycle, less military involvement and more participation in funding for food, education and other necessities in countries living in poverty can reverse the damage that has been done by repeated military violence. As stated in The Economist, “Violence, it seems, is always with us, like poverty.”