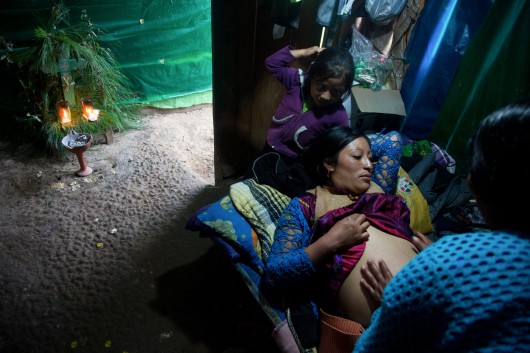 Ninety-nine percent of maternal deaths happen in underdeveloped countries according to the World Health Organization. Chiapas is the poorest state in Mexico with a poverty level at over 76 percent.

Maternal mortality rates can be significantly lowered with skilled care and supervision throughout the childbirth and traditional birth attendants are being trained to offer this care through workshops and programs in Chiapas.

Traditional midwives are extremely important in communities within Chiapas because of the negative connotation that comes with hospitals and the hesitation that women have toward giving birth in hospitals. Fifty-five or more out of every 100,000 women die in Chiapas during childbirth.

The traditional midwives are receiving training for problems that arise during obstetric emergencies. Understanding the protocol will allow them to act quickly in situations that may cost the mother’s life.

The plan is to train at least 120 Tzeltal and Tzotzil-speaking midwives between 2014 and 2017. An estimated 100,000 people will be impacted by the project. The second municipality is Las Margaritas, a highly marginalized area with extremely low Human Development Index rankings.

The isolated communities in the area particularly suffer from the lack of care adequate obstetric care. The program with GPA has already held five trainings for 29 traditional birth attendants in the area.

The training of midwives is changing the maternal mortality rates and the risks of home births in Chiapas.

Seven Things You Didn’t Know About the Poorest Country in the WorldShould We be Accepting Refugees in America?
Scroll to top