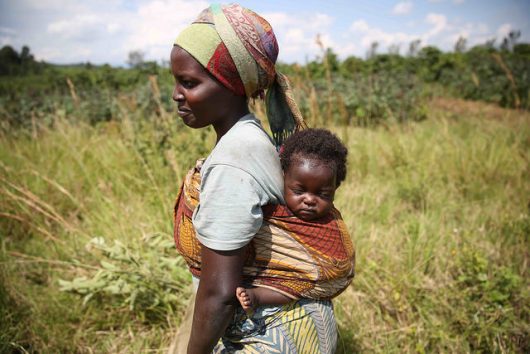 The central African country of Chad was estimated to have the lowest life expectancy in the world for 2017. Chad is a country of 12 million people, 40 percent of which live below the poverty line. While the country began oil production in the early 2000s, Chad’s poverty rate is expected to continue its rise. In part, this is due to the country’s high mortality rate and low life expectancy. To gauge the ability of the U.S. and other developed nations to help increase Chadians’ average lifespan of only 50.60 years, it is first necessary to examine the causes of death.

Children in Chad die from all sorts of illnesses, from malaria and respiratory infections to prematurity and diarrhea. Because so few Chadians have access to birth control, as only approximately five percent use contraception, the birth rate in Chad is growing. 43 percent of the population is aged 14 or younger, and that figure is rising. The risk of dying by this young age is 44 percent for boys and 39 for girls, as of 2012.

Furthermore, Chad has the third highest maternal mortality rate in the world. Extreme poverty, poor to no maternal health care and adolescent pregnancy has contributed greatly to the high maternal death rates. In a country with the lowest life expectancy in the world, the extreme poverty rates must decrease and better access to maternal healthcare is essential if the country is to improve.

Chad, like many African nations, is no stranger to disease. Lower respiratory diseases, malaria, HIV/AIDS and diarrhoeal infections are dangerously common. Lower respiratory infections alone killed 24,700 people in 2012. The risk factors for falling prey to these diseases are lack of adequate healthcare, a rarity of potable water and the hot and arid climate. As the largest of Africa’s landlocked countries, Chadians are forced to walk long distances for water.

As only 28 percent of the population lives in urban areas, the vast majority of Chadians do not have quick access to necessities such as water and healthcare. As the country with the world’s lowest life expectancy, it is vital that Chad provide better access to these basic human needs to the entirety of its landscape.

The U.S. is in a unique position to provide monetary and medicinal assistance. Maintaining accountability with the Chadian government regarding these resources would be the most effective way to ensure that taxpayer dollars are going to good use and can be reflected by a rising life expectancy for the people of Chad, and all over Central Africa.