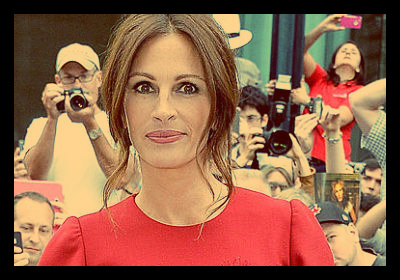 When people think of the needs of the hungry in the developing world, their supply of proper cookware is not always the first thing that comes to mind. More common are thoughts of the need for immediate food supplies and ways to promote agriculture. However, there is a definite need in the developing world for proper cookware. Estimates say three billion people around the world rely on open-air stoves, an inefficient and sometimes dangerous way of cooking food.

The Global Alliance for Clean Cookstoves was organized in 2010 by then-Secretary of State Hilary Clinton and the United Nations Foundation to raise awareness about the challenges that so many face in cooking their food from open-air flames. In 2011, Julia Roberts joined the Alliance as a global ambassador and became a key spokesperson for the group. In a statement soon after her decision, she said, “I was inspired to join the Global Alliance for Clean Cookstoves because its core mission is saving lives – especially children’s lives.”

It is believed that two million people a year are killed due to the smoke coming from the cooking done on unclean cookstoves. Up to a million of those killed are children. In the necessity for parents to provide for their children they inadvertently put them at risk. This shows the necessity for governments in the developed world to step in, and shows the necessity of groups like the Borgen Project to encourage this type of support.

Fires cooked over open-air flames take the terrible human toll that have resulted in the millions of deaths around the world. They also take a toll on the environment, raising concerns about the future of humans on this planet. In order to supply these open-air flames, the people using them are contributing to the global deforestation problem. The flames from the stoves, just as they release carcinogens that can harm the cooks, can also release dangerous greenhouse gases that harm the environment. Studies have shown that fires contribute to emissions of methane, carbon monoxide and black carbon.

The goal of the Global Alliance for Clean Cookstoves is to change the landscape of cooking in the developing world by 2020. Goals have been set to establish 100 million clean stoves by that year. Julia Roberts describes the “effective solutions, which can save lives, improve livelihoods… and combat climate change.”

This is a fight worth taking up, one that could have large impacts on the global stage. With more efficient stoves, the health costs spent combating smoke-related diseases could be used towards the upkeep of a productive family. As more families have these funds freed up, a significant impact on the global economy could follow.

Human lives being lost in the search for a good meal should not be the case anywhere in the world. The meals people cook everyday at home are an unheralded luxury we enjoy. If citizens take the time at every meal to think of how they can make it easier for those abroad to healthily enjoy their meals, it may contribute to a global effort to save lives.