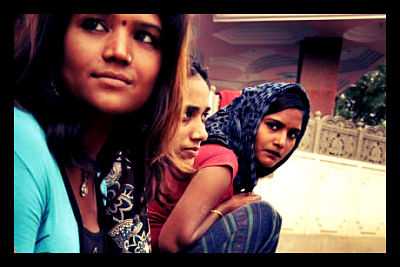 Global Citizen has recently launched a new initiative called It Takes Two – its goal is to spread awareness of the necessity of contraceptives and family planning for millions of women around the world that currently have no access to these programs. In developing countries, complications from pregnancy and childbirth are some of the leading causes of death for women. Early and frequent pregnancies also prevent women from advancing their opportunities for education and economic self-sufficiency.

At the London Family Planning Summit in July 2012, NGOs and donors came together to pledge money to halve the number of women without access to modern family planning by 2020. According to Global Citizen, however, “without proving there is demand for increased access to family planning services and information, there is a high risk these pledges won’t be honored”. If funded as promised, these pledges would provide around 120 million women with the information and services they need to plan their own lives. Further benefits could be seen in a dramatically reduced number of unintended pregnancies, as well as a reduced number of maternal and newborn deaths caused by complications with pregnancy and childbirth.

With these modern family planning services accessible to more women in the developing world, more women will have more time available to them. This means that less time will be spent with unwanted pregnancies and raising children, and more girls and women will be able to gain an education as well as enter the workforce and increase productivity as well as economic stability. Access to contraception and information about family planning is imperative for gender equality. It Takes Two encourages support for improved family planning from both men and women around the world in order to make gender inequalities a thing of the past. The first step the initiative has taken to gauge support from the public is to circulate a petition calling for government and organizations to make access to family planning a priority in developing nations.

In order to achieve equality, It Takes Two wants to fight not only for contraceptive provision, but also for the eradication of early and forced marriage, to keep girls in school, and to end gender-based violence. Matti Navellou, the campaign manager for It Takes Two, encourages the use of social media and the Internet to spread information and support for the project saying “It’s time to unlock the potential of technology for social good.”

The site also gives the opportunity to design and share personalized condoms, and the top ten designers will receive a few condoms of their own designs for free. The act of designing a condom wrapper itself also enters the creator into a drawing for a chance to win tickets to a concert from over 70 artists. Design and share for your chance to win, but more importantly for the chance for millions of women to receive the care they need to do greater things in life, and for a step closer to gender equality.

Drugs and Poverty in Tajikistan Capital One Honored, Do More 24 Campaign Success
Scroll to top