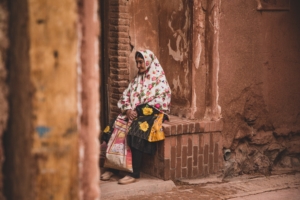 The year 2019 has proven challenging for Iran as relationships between leaders have caused agreements to cease, straining Iran‘s allocated budget. The nation has felt a weakening economy that is raising the price of the products that the government and foreign aid had previously offset. With the strain of medical costs, many people have had to forfeit medical assistance. There has also been an onset of flash flooding that caused damages to property and the loss of dozens of lives. Looking through these instances, it will be clear how relevant legislation, such as The International Affairs budget, will be.

Historically, one reason why disease had spread so quickly was due to the distance between medical facilities, weak public health structure, lack of adequate health treatments and cross-contamination. In recent decades, however, Iran’s allocated budget has made significant efforts to ensure that health crises, like those of the 20th century, do not repeat themselves. The program covers immunization against universal diseases such as Hepatitis B, Tuberculosis and measles.

Iran’s allocated budget began in 1982 by creating a National Immunization Technical Advisory Group (NITAG). Of the illness that Iranian patients experience, over half of them are related to rotaviruses. A vaccine could prevent many rotavirus diseases such as influenza and varicella. The World Health Organization states that it especially emphasizes that countries with high infant mortality rates take the most advantage of pneumococcal vaccines.

During 2015, Iran’s President, Hassan Rouhani, saw through promises he had made Iranians regarding their quality of life, medical access and food shortage. Reconciliation became a possibility as Iran agreed to cease its nuclear programs in exchange for international relief. In 2018, however, that changed when President Trump introduced several harsh sanctions on Iran, causing medical supplies to decrease at a rate the country has not been able to match.

The value of the Rial (Iranian currency) drastically reduced in value which is an economic factor for why Iran has been having a difficult time. Community leaders in Iran have written hundreds of letters to the government due to the inflation rate of medicine reaching into the hundreds. Although businesses are properly stocking their shelves with over-the-counter medications, workers in hospitals have a different reality. Workers have received instruction to prescribe over 100 medications at a scarce rate or not at all to preserve resources. A portion of those medications is for threatening conditions like diabetes. The scarcity not only results from tough U.S. sanctions but also a misallocation of funds by the Iranian government.

Iran’s limited allocated budget is affecting more than just its health care system. Between March and April 2019, Iran experienced severe flash flooding resulting from record-breaking heavy rainfall for the region. In previous natural disasters, others highly publicized the region’s circumstances and relief came voluntarily when a 6.6 earthquake took place in 2003. The flash floods of 2019 have affected nearly half of Iran’s provinces, causing damage to infrastructure, livestock and agriculture. As these floods displaced thousands of Iranians, there has been a need for food rations as well. The displacement of Iranians adds strain to the nation’s resources, as portions of those supplies are coming from within the country itself.

By enacting policy changes like the International Affairs Budget act, Iran would be able to guarantee its assistance. The budget alone accounts for a small portion of the Federal budget, but the effects of those dollars go farther to make a more significant change in nations that have the most need. For regions that experience poverty, natural disasters or weak health care system, initiatives like the International Affairs budget can make a difference even down to local levels.