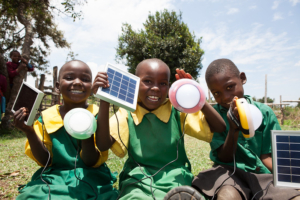 In July 2022, the World Bank announced a new $100 million support program for the Africa Centres for Disease Control and Prevention (Africa CDC). It aims to increase African governments’ preparedness to handle future disease outbreaks. This funding is vital since there are approximately 140 disease outbreaks annually across the continent. “The project will help to cultivate regional capabilities critical to ensuring a resilient and prepared continent. It will do this by helping to build and maintain a robust public health workforce across countries’ health systems,” said the World Bank.

An important aspect of the program and its investment in the Africa CDC is to “increase the number of epidemiologists and outbreak responders” to better deal with diseases at their initial outbreak. Along with a more immediate response, an aim of the World Bank is to reinforce Africa’s already existing public health infrastructure. The International Development Association, a branch of the World Bank focused on providing financial support for development programs in the world’s most impoverished countries, finances the project.

This recent investment in the Africa CDC comes on the heels of a $100 million investment project in October 2020, also initiated by the World Bank, titled the Africa Pathogen Genomics Initiative (Africa PGI). However, this investment includes contributions from the U.S. CDC in addition to private entities such as Illumina, Oxford Nanopore, the Bill and Melinda Gates Foundation and Microsoft. The focus of this project is on pathogen genomics, namely to expand access to “next-generation genomic sequencing tools and expertise designed to strengthen public health surveillance and laboratory networks across Africa.” The Africa CDC asserts that this program will help “to develop new vaccines, diagnostics and treatments for current and emerging infectious diseases.”

Africa PGI will form part of the Institute of Pathogen Genomics that the Africa CDC established in 2019. The Africa PGI partnership will last for four years. These investments show an increased emphasis on public health in Africa from the states and organizations located outside of the continent.

The goal of these investments in the Africa CDC is to increase preventative capability. The Africa CDC is looking to advance its ability to “nip diseases in the bud” before they become full-fledged outbreaks.

If the Africa CDC can be better prepared to detect and handle potential outbreaks before they occur, then it can save lives, time and funds. Africa’s past Ebola outbreaks present an illustration of inadequate disease control measures.

The Africa CDC cites these initiatives, namely the most recent $100 million from the World Bank, as holding the potential to increase efficient collaboration between institutions across the continent when it comes to outbreak preparedness.

Those that are likely to benefit most from these investments are those living in extreme poverty. Recent assessments of African states’ preparedness capacities have found that those most at risk of becoming affected by potential health emergencies are those living in the poorest conditions and those who are most marginalized. In sub-Saharan Africa, about 40% of the population lived in extreme poverty in 2018, equating to about two-thirds of the world’s extremely impoverished population.

The World Bank cites the emphasis on public health in the AU’s Agenda 2063: The Africa We Want, as a pivotal reason behind its recent investment initiatives. As Dr. Ahmed Ogwell Ouma, the acting director of the Africa CDC, eloquently stated, “Africa is changing the dynamic in its journey of realizing a New Public Health Order.”