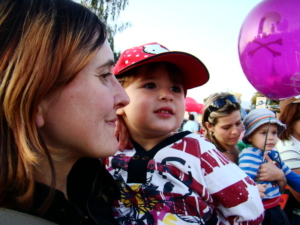 While the COVID-19 pandemic severely exacerbated poverty in Slovakia, further investigation reveals that the damage was not as terrible as it could have been, due to generous monetary assistance and the valuable, effective work of several NGOs. This work has mitigated the impact of COVID-19 on poverty in Slovakia, specifically in the Roma community.

About the Slovak Economy

The Slovak economy was already struggling before the COVID-19 pandemic. In Slovakia’s post-communist era, in which it transitioned to a Western economy, it faced several challenges. Additionally, Slovakia’s adoption of the euro, which unfortunately coincided with the timing of the recession and the euro crisis, further weakened its economy and thus worsened the issue of poverty in the state.

However, funding and monetary assistance from the EU have proven beneficial in providing support to small businesses that the crisis affected. This funding also focused on preserving employment and supporting self-employed individuals. Overall, economic activity in Slovakia is beginning to rebound and recover from the pandemic. This is, in part, due to lockdowns that helped prevent the virus’ spread. Slovakia’s economy, in comparison to other European countries, contracted less severely.

However, this should not allow for the overlooking of the impact of COVID-19 on poverty in Slovakia, as well as Slovakia’s general economy. Slovakia’s GDP has grown since 2019, but not as quickly as in the quarters recorded before the pandemic. Economists expect inflation to be around 7% in 2022 due to the emergence of new COVID-19 variants, changes in energy prices or wage expectations, and other COVID-related externalities that cause dramatic price increases.

Slovakia’s most important economic sectors are the industrial and automotive industries, meaning that relief aid primarily focused on supporting these two sectors. However, this also means that other sectors, such as the tourism and service industries, did not receive as much relief – and these sectors rely on the work of people in high-risk groups, such as youth workers and members of the Roma community. Slovakia’s poverty rate is approximately 11.4%. It has decreased in recent years, but not as much as it could have if it were not for the pandemic. This is partly because relief aid did not target the most vulnerable economic sectors in which high-risk groups, such as the Roma community, work.

While lockdown measures may have benefited Slovakia’s economy, they were controversial in that they targeted vulnerable Roma populations. These lockdown measures sparked accusations of discrimination; the government “sealed” off the minority Roma population in order to stop COVID-19 from spreading even more. Roma people are more susceptible to diseases like COVID-19 because they live in segregated settlements with poverty, overcrowding, limited infrastructure and poor hygiene. Because of this environment, they have a greater susceptibility to infectious diseases.

As the pandemic began to grow in severity, the Slovak government announced its plans to test Roma communities after one Roma man broke a self-quarantine rule. As a result, the government contained 6,000 Roma people in five separate settlements in eastern Slovakia, where they identified the first infections. The government justified this harsh, extreme lockdown by citing specific issues with actually enforcing quarantine in the first place.

Non-governmental organizations and local Roma organizations feared that this would place the Roma people at even greater risk of COVID-19 exposure, infection and spread because the extreme containment measures had jurisdiction over environments and settlements conducive to the spread of infectious disease. Additionally, some argued that these policies were discriminatory because of the great risk they would cause for Roma people. The three main tenets of COVID-19 mitigation advice are wearing a mask, practicing social distancing and washing hands regularly; unfortunately, these are hard to implement and maintain in communities that are crowded and lack access to running water, such as those in which Roma people live.

Several NGOs saw an opportunity to work with government agencies and prevent higher infection rates for the Roma population (at least when compared with the rest of the Slovak population). In 1999, a group of journalists documenting the war in Kosovo founded People in Need Slovakia, an NGO that is helping the Slovak Roma community survive the pandemic. It has focused on providing emergency aid by handing out masks, disinfectants, soap and jerry cans to supplement water access. It also fundraises and provides emergency food provisions for the poorest Roma families in these settlements. The second phase of its relief plan involves organizing summer schools to compensate for issues in education access – due to school closures and the lack of wifi and laptops necessary for distance learning.

A second NGO, Zdrave Regiony, has been training health mediators. These mediators are local community members who lack medical qualifications but work with medical professionals as a bridge between community members and medical staff. Specifically, throughout the pandemic, it has liaised with health professionals, assisted in recognizing and tagging COVID-19 symptoms and coordinated testing and vaccination sites in Roma communities where trust in governmental authorities and mandates is low.

Overall, the assistance of these two organizations has led to positive results, as incidences of COVID-19 within the Slovak Roma community are no greater than in the rest of Slovak society. This means that the organizations, in cooperation with local community members and government officials, were able to mitigate the effects of the living conditions that characterize Slovak Roma settlements. Perhaps, this necessary step will open the door to more work and assistance that ensures Roma communities receive better care in times of crisis.

Though there have been many impacts of COVID-19 on poverty in Slovakia and, though the general Slovak economy has certainly suffered as a result of COVID-19, it is encouraging to see that organizations and communities are working together to counter the already-existing effects of poverty and spread of disease, especially for those who are at greater risk.