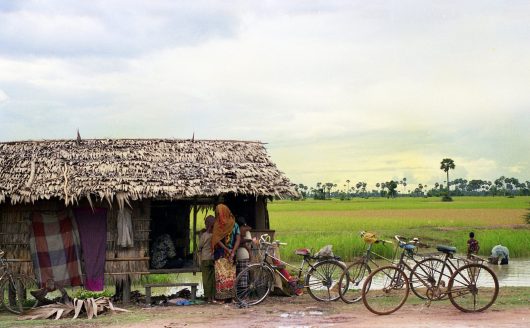 In 2011 heavy rain caused one of the worst floods in the history of Cambodia. The severe weather inundated 70 percent of the country leaving a lasting impression that is still felt today. In addition to the sheer destruction of communities and loss of human life, one of the worst backlashes was the wiping away of fields of crops resulting in widespread malnutrition and hunger.

According to the World Food Programme (WFP), “Cambodia produces a surplus of paddy rice for export, household access to sufficient and nutritious food remains a serious challenge.” This problem directly correlates to the high level of poverty in the country. About 90 percent of the poor population in Cambodia live in rural areas. These individuals are the most affected by hunger.

Currently, two-thirds of the country’s 1.6 million rural households face seasonal food shortages each year. The practice of farming in Cambodia is traditional and with that comes along the problem that productivity is very low because it takes longer and it’s a more tedious practice of farming.

The numbers in regards to rates of malnutrition in Cambodia are extremely high, almost 40 percent of children under five are chronically malnourished and suffer from stunting. Within that 40 percent over 28 percent are underweight. Children aren’t the only ones suffering from malnutrition and hunger as one in every five women is underweight.

Although the fact and figures on hunger in Cambodia are alarming, aid is being provided. In December 2015, Action against Hunger with the help of Google launched Nutritional Resilience, a project that takes an integrated, multi-dimensional approach to implementing sustainable solutions to undernutrition.

The WFP is also helping by working with the Royal Government of Cambodia reaching over 1 million food-insecure people annually in the rural areas through its 2011-2016 Country Program which includes providing food-based safety nets in the sectors of education, nutrition and livelihoods.