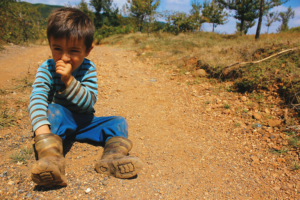 Hunger and starvation are a harsh reality for the Albanian people. The country, for many years, has had a significant portion of the population who are unable to feed themselves and their families. According to the Global Hunger Index, Albania is ranked 28th out of 117 countries struggling with hunger. The Global Hunger Index also gives Albania an overall score of seven. While a score of seven is not incredibly low, according to the Global Hunger Index, it could still be improved. In order to address the impacts of hunger in the country, multiple Albanian organizations are providing support to help their people. Here are three organizations working to positively impact hunger in Albania.

Hunger in Albania continues to be a major concern. The country is ranked 28th out of 117 countries struggling with hunger. As a result, a large portion of the population is still in need of help and further support. However, these three Albanian organizations have been resourceful in fighting to make sure that their people remain fed and provided for.