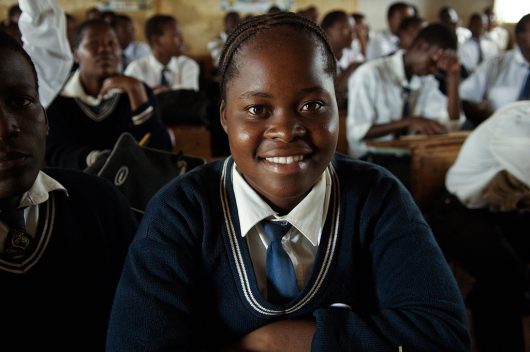 The Republic of Namibia, a small Southwest African country, suffers heavily from natural disasters. These are disasters such as flash floods, droughts, epidemics and tropical cyclones. Furthermore, Namibia is crippled with a high percentage of HIV and TB. However, in recent years, the humanitarian aid to Namibia is finally making a noticeable impact. Programs such as Project HOPE, the USAID Office of U.S. Foreign Disaster and UNICEF have all provided a helping hand.

Project HOPE’s humanitarian aid to Namibia started in 2002. Initially, its primary focus was on inputting healthcare services and providing health education. Since then, the organization has grown to spread awareness of HIV and tuberculosis (TB).

In 2013, HOPE launched a 5-year program called the Namibia Adherence and Retention project (NARP). The program’s goal was to establish stronger cohesion and retention to HIV care treatment, which includes preventing transmission between mother and child. Another goal is to improve the impact of HIV of those living with the condition.

By 2016, HIV was the leading cause of premature death in adults and the sixth leading cause for children. To combat the disease, Project HOPE created a Collaboration Program which strived to introduce TB/HIV collaborative activities into current community-based programs. Simultaneously, the program aimed to advance TB diagnostics.

The USAID Office of Foreign Disaster

In 2017, the USAID Office of Foreign Disaster provided a substantial donation to northern regions of Africa. It offered $8.6 million to multi-sectors as well as $1 million to improve sanitary conditions, water needs and hygiene. Another $1.9 million was provided to protect food security.

USAID also provided about $27,000 to UNICEF to improve nutritional needs.

Other relief actors have focused on bettering agricultural and harvesting needs. As of a result of these various donations, regions like Namibia have seen an improvement in food security in vulnerable households.

The United Nations Children’s Fund (UNICEF) made a considerable difference with the children of Namibia. As a result of droughts, poor sanitation and flooding, many children have severe acute malnutrition (SAM).

As a result, UNICEF supporters were able to help more than 4,000 children suffering from SAC and provide proper treatment. UNICEF was also able to train close to 150 health workers to adequately treat infants and young children with SAM.

Furthermore, malaria continues to spread in the northern reigns of Namibia; in 2017, the UNICEF discovered 53,000 new cases of Malaria.

The humanitarian aid to Namibia is substantial and providing necessary help in the aftermath of natural disasters such as food and shelter. Furthermore, humanitarian workers are helping the country manage and control its outbreaks of HIV and tuberculosis. As a result, the Republic of Namibia is seeing significant improvements throughout the country.