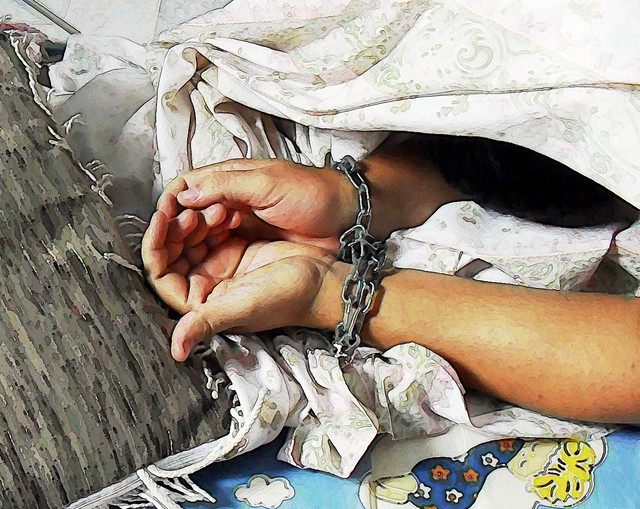 1. In Western Europe, Ireland is the Only Country on the Tier 2 Watchlist.

Ireland now stands with areas of the world like Hong Kong and Romania on the tiered system. In Ireland, the trafficking problem progressively worsened. In 2012, the An Garda Síochána (the Irish police) detected or reported 48 victims, “44 in 2013, 46 in 2014, 78 in 2015 and 95 in 2016.” However, while human trafficking in Ireland intensifies, the rest of Western Europe remains at a higher tier designation.

Additionally, the Irish government did not report on the victims. Yet, the U.S. State Department’s report pointed out that “traffickers subject Irish children to sex trafficking within the country.” Sr Kathleen Bryant, a charity worker, believes Ireland is in “denial” about sex trafficking. She speculates that Ireland cannot admit that Irish people are exploiting one another.

Recently, authorities found two women in Ireland guilty of human trafficking. They ran a prostitution ring in Ireland, and their victims journeyed from Nigeria only to experience exploitation in Ireland. One victim described herself as a “sex machine.” Sexual exploitation is a large component of human trafficking in Ireland. The U.N. report shows that 194 victims suffer from sexual abuse by 2016. Additionally, 108 people were victims of forced labor.

Besides sex trafficking, labor trafficking is prevalent in Ireland as well. There are at least 8,000 people in Ireland working as slave labor. The traffickers coerce and manipulate people into traveling to Ireland. They work in “the restaurant industry, waste management, fishing, seasonal agriculture and car-washing services.” In particular, many accuse the fishing industry of exploiting migrant workers. The current system leaves migrants with only one employment option, consequently, leaving them vulnerable to exploitation.

Additionally, Ruhama has been lobbying and campaigning to change the systems that allow sex trafficking to happen. Ruhama began in 1989, and it helps thousands of women stuck in prostitution and sex trafficking. Ruhama’s 2019 annual report revealed that Ruhama worked with 116 victims of sex trafficking. Ruhama implements casework, Education & Development Programme, Outreach, Counselling, Bridge to Work, Holistic Therapies and Policy Work to help these women. Ruhama also played a significant part in lobbying for the 2017 Sexual Offences Act which intends to help sex trafficking victims.

Western Europe is one of the wealthiest parts of the world. Yet, human trafficking in Ireland illustrates how poverty around the globe creates problems that spread to every corner of society. Through better government oversight and continued work from organizations like Ruhama, Ireland could eventually regain its Tier 1 status.

5 Facts about Ghana’s #FixTheCountry Protests What is the International Aid Transparency Initiative?
Scroll to top