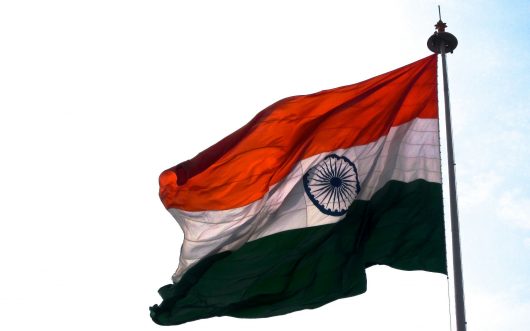 India is the world’s second-most populated country with 1.3 billion people, and is ahead of the United States — the third highest population — by nearly 1 billion people. When comparing the populations of the two countries, it is easy to understand how the media misrepresents India as an overcrowded, poverty-stricken country.

While true that India has a high population and a large percentage of the nation lives off of incomes considered below the world poverty line, there is also financial and social growth leading to improved conditions in India.

It is also easy to understand how the media misrepresents India as an environmentally unfriendly country: many cities in India suffer from problems of air and water pollution. However, India is instituting new policies to combat those issues and to improve the quality of the environment.

Even though 68 percent of India’s population lives in poverty according to World Bank standards, the poverty level has declined since 2004. Further, India has one of the world’s fastest growing economies — growth of India’s GDP is expected to be 7 percent in fiscal year 2018, and increase to 7.4 percent by fiscal year 2020.

India also has a growing international business market that will increase industries and jobs. For example, solar panel manufacturing is becoming an important market and there are multi-billion-dollar investments being made to further expand and produce panels for both domestic and exportation purposes.

In recent years, India has improved in its quality of life measurements in addition to moving up from the low social progress category. This shift means that measured standards indicate that India is meeting an increasing number of basic human needs for all its people. One large factor in that advancement was progress made in providing shelter; 67 percent of the population now has access to affordable housing.

India also increased general access to information and communication. The numbers of both internet and phone users increased since 2014, allowing people to connect and obtain information more easily.

The smog in India’s capital, New Delhi, is infamously thick; however, solutions to the pollution exist that are less readily portrayed by the media. One such solution is an air purifier that can be used indoors to help clean the air, and bigger policy initiatives to help tackle the root of the pollution problems are also being pushed by the government.

India is trying to eliminate its manufacturing of gas-running engines by 2030 and turn toward electric vehicles to remove one source of pollution. Along with other policy measures, and investments in cleaning polluted air and water, India aims to alleviate its problems of environmental degradation.

How the media misrepresents India is through its focus on big picture negatives rather than on the positive growth of the country. All the separate instances of progress add together and help to create a more sustainable future for the people of India.

With monetary and policy support, further strides can be made in the media’s notation and highlighting of the resilience of India.