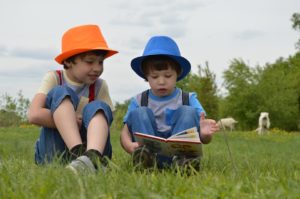 The quality of healthcare in Ukraine is under debate as the country remains in the midst of a war with Russia. Citizens are also paying immense expenses out of pocket.

According to Ukrainian law, healthcare is free. However, this is not the reality that many of the country’s citizens experience when seeking medical treatment. Instead, a recent poll suggested that only 10% of patients were able to afford treatment. People all around Ukraine are avoiding going to the hospital for lack of proper funds.

There is no universal healthcare system in place. After gaining its independence in 1991, Ukraine did not properly create a healthcare system that would guarantee its citizens free access to treatment. Many citizens who may have received care when the nation was part of the Soviet Union are now unable to.

Medical professionals are receiving incredibly low pay. While the average monthly salary in the country is approximately 389.14 USD, the average doctor in Ukraine will receive between 140 and 280 USD per month. Other medical professionals will likely make even less. This has resulted in many Ukrainian doctors seeking employment outside of the country after receiving their degree.

Government leadership for healthcare in Ukraine has been changing so frequently that the citizens lack belief in growth. In their 29 years of independence, Ukraine has seen 21 Ministers of Health. Additionally, the current acting Minister of Health, Uliana Suprun, is Ukrainian by descent. However, she was born in America, which some citizens find concerning.

Corruption is rampant within the system. Doctors have acknowledged a system of nonofficial payments. However, it is understood that without them, healthcare in Ukraine would collapse. Therefore, there are relatively few Ukrainian citizens able to pay under the table, while the others simply hope for recovery.

A Nation at Risk

Without a stable or affordable healthcare system, the health of Ukrainian citizens is severely at risk. This is affecting the nation as a whole. For example, the country’s life expectancy of 71.6 years falls well below that of the average for Europe and Central Asia, which is 78 years. Also, as of 2016, the probability of dying between 15 and 60 years for males was 26.4% but only 9.8% for females.

A large portion of Ukrainian citizens is also battling tuberculosis and HIV/AIDS compared to other Eastern European countries. A significant barrier to the treatment of tuberculosis in the country is the high percentage of citizens experiencing multi-drug resistant tuberculosis. However, agencies across the United States including USAID are working to contain the spread of the disease.

Another critical concern to consider is the mental health of Ukrainian citizens affected by the Russo-Ukrainian war. The war has been ongoing since 2014. It primarily affects the eastern side of Ukraine with more than 10,000 civilian deaths and 1.5 million displaced citizens. There is currently very little structure in place to treat mental health conditions within Ukraine. Therefore, mental health became another primary focus of the USAID.

Although the outlook of healthcare in Ukraine appears bleak, some citizens have faith in recent government movements. President Petro Poroshenko stepped into the Ukrainian office in 2014. He proposed healthcare reform centered around increasing medical professional pay and dissolving corruption within the system. This reform along with the Minister of Health spur hope in many who feel they have waited too long for change.