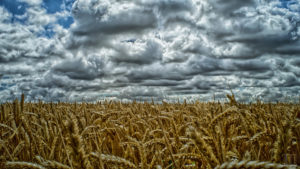 Humanity’s ability to feed itself by farming crops is a skill that has existed for millennia. Agriculture has long served humans’ need for nourishment and has allowed the growth and expansion of populations across the world. However, the same agricultural problems that plagued early farmers’ crop fields such as weeds, insects and weather still plague modern farmers today. Modern solutions like genetically modified pests are emerging to increase crop yield and food security for millions.

One key problem farmers face is pests. Pests such as the diamondback moth and the medfly are extremely dangerous to the health of key crops globally, and pests in general cause crop damage in one of two ways: they either eat or burrow into the plant, or they carry a disease that threatens the plant’s health. On a global scale, pests and the pathogens they carry are reducing crop yields major food crops by 10 to 40%. Furthermore, the resulting dead or inedible crops around the field lead to lower crop yields. In poverty-stricken areas, every crop is critical in preventing families from going hungry. For this reason, crop loss to pests is a massive problem that must be addressed.

Current Solutions and Room for Improvement

Farmers currently attempt to combat these insects with many types of pesticides, including insecticides. Insecticides are chemicals used in both rich and poor countries worldwide to kill the insects that threaten crops. Pesticides are utilized particularly heavily in South America, with insecticides comprising a significant component of total use: in fact, as of 2017, countries like Ecuador have used as many as 4,700 tons of insecticide on their crops to protect against dangerous insects.

With the heavy use of insecticides permeating agriculture globally, a major problem is on the horizon. The very insects these chemicals are designed to protect against are beginning to grow resistant to pesticides’ effects. This resistance leads to chemicals being unnecessarily sprayed on food crops, adversely affecting human health without protecting crops from any damage. Given the issues emerging from insecticide use, an innovative new solution is desperately needed.

Valiant scientific efforts are emerging to curtail the issue of insecticide immunity. Oxitec, a company based in the U.K., has created a healthy and environmentally friendly solution to the pest dilemma. Their methods involve the “friendly” genetic modification of male pests to include a “self-limiting” gene. This gene is then passed on to wild females in affected areas. This gene kills off the female’s offspring before they can reach a mature enough age to reproduce, restricting population growth. The gene modification process ultimately shrinks the insect population, protecting more plants and increasing crop yield.

The benefits of Oxitec’s technology extend beyond plant protection. This gene also helps protect other insects, such as bees, that are vital to the agricultural process by killing off their predators. With a robust population, these insects can more efficiently pollinate and increase overall crop yields. Genetically modified pests are also beneficial to environmental and human health. Once properly implemented, this method completely replaces the insecticides that have been known to cause pollution and illness when applied in high volumes.

Genetically modified pest control presents positive implications for poor farmers worldwide. This technique is cost-effective, as the work to defend against pests is done by the insects themselves in nature. Thus, participating farmers save money by no longer having to purchase insecticides and can use the extra funding to help increase crop yields, food supply and income. Additionally, the health benefits of removing insecticides from crops mean farmers and consumers alike benefit nutritionally. This is especially useful in regions where healthcare quality is poor or inaccessible. By removing the health risks of insecticide ingestion, those lacking adequate healthcare could experience a reduction in medical concerns.

By providing a plethora of agricultural, environmental and financial protections, genetically modified pests have the potential to improve the quality of life for millions of farmers. Better yet, this new method of pest control empowers farmers by allowing them to focus on improving other aspects of agriculture, which could increase food security and health for consumers across the globe.

Hunger in Dominica: 5 Fast FactsTop 3 Countries With the Most Cholera Cases
Scroll to top