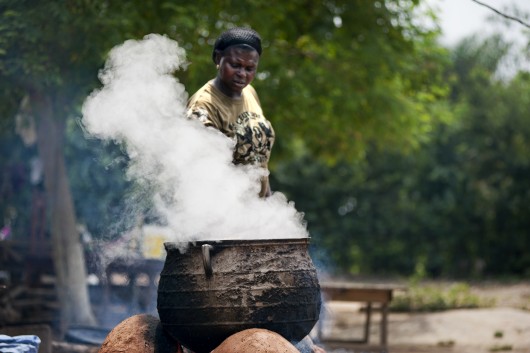 One out of nine people in the world go to bed hungry according to the Food and Agriculture Organization of the United Nations. The United Nations World Food Programme is dedicated to reducing global hunger by offering food aid to developing countries in need. WFP has provided food for more than 90 million people. WFP partners with and receives funding from a few well-known food companies.

Yum! brands started the World Hunger Relief campaign as the largest consumer outreach campaign on the hunger issue. It is the world’s largest restaurant company with more than 40,000 restaurants in 125 countries. It is leading in the fight against global hunger through the campaign, as well as through the mobilization of the 1.5 million employees as advocates for global hunger relief.

PepsiCo is another partner of WFP. The company is more well known for its food and beverages than for the philanthropic PepsiCo Foundation. PepsiCo Foundation has donated $3.5 million to WFP to produce a food product made of chickpeas to help treat malnutrition in Ethiopia.

Unilever partners with WFP to make people more aware of global hunger through fundraising and campaigns as well as educational plans. They have targeted their consumer base in 13 countries in their campaigns against global hunger. Unilever has also assisted WFP in identifying what are the nutritional needs of the children to better help them.

Kellogg’s, though not a partner with WFP, does important work to fight global hunger. Kellogg’s donates over $20 million per year in food products for disaster relief and hunger. The company also has an initiative called “Breakfast for Better Days.” The initiative is focused on alleviating hunger specifically in South Africa, pledging to feed 25,000 children every school day in 2015. The company will dedicate one billion servings of Kellogg’s snacks and cereal for global poverty alleviation by 2016 and has donated nearly eight million breakfasts to FoodBank South Africa already.

An increase in awareness of global hunger has also increased the number of food companies coming on board to bring global hunger relief.