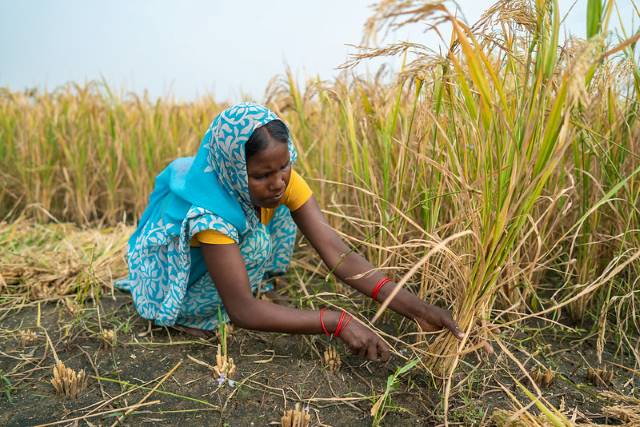 Rice farming and production impacts the lives of millions throughout the world. Rice is the staple food of three billion people globally and a source of income for many. The farming of rice also contributes significantly to the economic growth of many countries. Especially within developing countries, the success of rice production is crucial for feeding individuals and creating economic stability. Flood-tolerant rice benefits developing countries reliant upon rice for livelihoods, food security, and the economy’s stability.

Recent changes in the climate have caused rice production volatility due to flooding and drought. As many as 4.8 million people in India are exposed to river flood risks each year. In India, environmental challenges have had an especially negative effect on rice crops as floods have overtaken many viable planting areas. This flooding has disproportionately affected low-income farmers. These farmers often work with less reliable plots of land that are more prone to flooding. Without the development of techniques to help combat extreme weather, both the livelihoods of low-income people within India and the general Indian economy will experience a significant socio-economic impact.

A strain of flood-tolerant rice called Swarna Sub-1 has been a major development that addresses crop damage due to flooding in India. As a mixture of two different rice varieties, this scientifically developed plant is able to withstand intense flooding. This type of rice has been on the market for use since around 2009; however, many farmers have not had access to the rice strain until recently. This is largely due to the lack of information about the existence of Swarna Sub-1 and a lack of accessibility to it.

The introduction of flood-tolerant rice has allowed for an increase in rice production, as J-PAL studies have shown. J-PAL is an organization that researches innovative solutions to global poverty. The increased rice production throughout India has had an incredibly positive effect, both economically and socially, as there is a larger supply of rice boosting local economies. As impoverished farmers have seen more successful rice harvests, they have been keener to cultivate a greater amount of farmland and make riskier agricultural decisions. Farmers have also invested in fertilizers to further increase crop health as they are more sure of their ability to create a solid income through rice farming. Additionally, precautionary rice savings decreased, suggesting farmers have perceived lower risk of crop losses with the flood-tolerant rice.

Swarna Sub-1 seeds increased rice yields by about 10% over the course of two years, as seen in the study. Researchers stated that the productive behavior changes among farmers who planted Swarna Sub-1 accounted for 41% of the long-term increase in rice yields. The higher yields also increased the income of farmers by roughly $47 per hectare.

The Potential of Flood-Tolerant Rice

These flood-tolerant rice benefits have improved the livelihoods of impoverished farmers in India while also contributing to food security and local economies. Increased access to flood-tolerant rice varieties in developing countries has the potential to improve lives and lift people out of poverty.