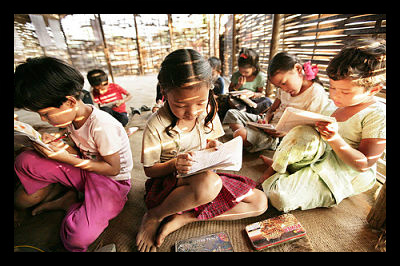 According to UNESCO, “Illiteracy and poverty constitute a mutually reinforcing vicious cycle that is difficult to break.” Illiteracy reinforces poverty by precluding access to information. When people do not have the ability to read labels or technical manuals, they cannot develop the skills necessary to climb the socioeconomic ladder.

For a developing nation, a low literacy rate can be a major impediment to economic progress. The lack of a skilled work force prevents the development of a thriving economy. A 2012 study by the World Literacy Foundation estimated the economic cost of illiteracy in developing countries at over five billion dollars.

While there is still a long way to go in improving youth literacy in developing countries, these five countries are making huge strides.