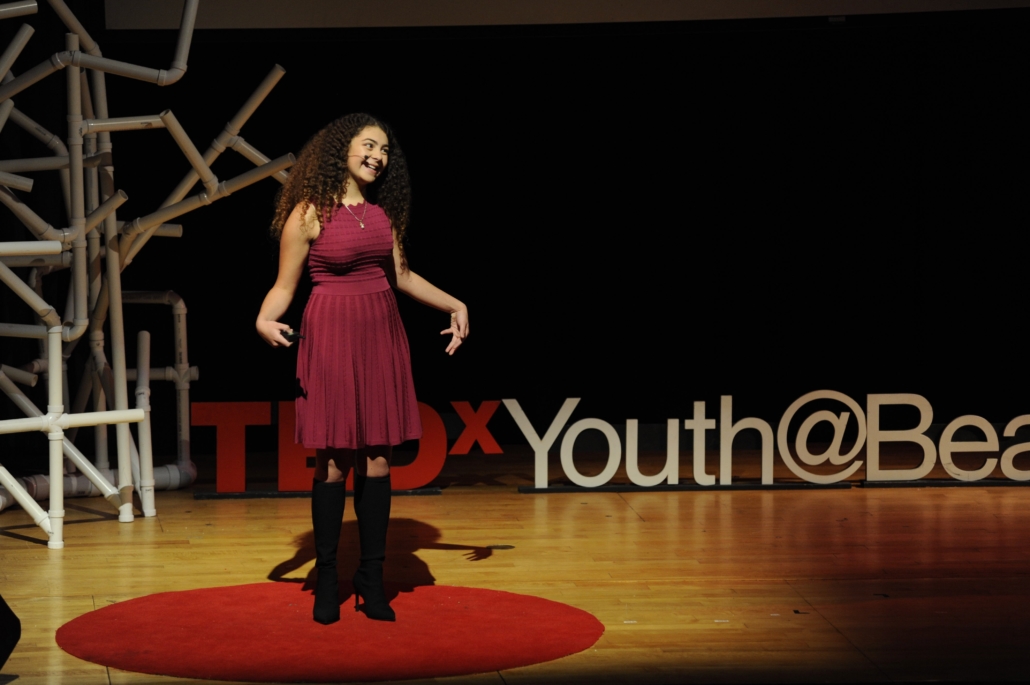 Jana Amin has taken great strides to fight for girls’ education. She researched a societal issue and suggested solutions for a school project when she was 13 years old. She decided to write about girls’ lack of access to education. Thus, she contacted Heya Masr, a nonprofit that organizes local educational and empowerment workshops for girls. Then, Amin hired a videographer to film her with Heya Masr’s students. Finally, she created an online fundraising campaign and raised more than $6,000 for the cause.

“We were going to visit family in Egypt anyway,” Amin told The Borgen Project. “And I thought to myself, I’m doing this work anyway. Why not use this as an opportunity to create tangible change?”

This was her first foray into activism. The 17-year-old Egyptian-American has given a TEDx talk, spoken about gender equality on a United Nations panel and curated an exhibit at the American University in Cairo. She advocates changing Western perceptions of Muslim women and wants to fight for girls’ education.

This was Amin’s first time formally conducting advocacy. However, she already had some experience. She lived in Egypt until she was around 10 years old when her family moved to Boston. Her activism began through one-on-one interactions with Bostonians about her life as a Muslim girl.

“On a daily basis, I was asked questions about if Egyptian girls could drive, if my mother could drive, if I was allowed to go to school in Egypt,” Amin said. “And it was all these misconceptions about Islam, the faith, about Middle Eastern culture, and more generally about women in the Middle East, about women in Islam. And so I think that’s how I first initially got pushed towards activism.”

Her desire to fix misconceptions about Muslim women led her to give a TEDx talk, where she spoke about how Western media often portrayed Muslim women as victims of oppression. She suggested that amplifying Muslim women’s voices would change this singular narrative.

Additionally, Amin curated an exhibit at the American University in Cairo. The exhibit featured Princess Fawzia Fuad of Egypt, the first wife of Mohammad Reza Pahlavi and the shah of Iran. Furthermore, the exhibit focused on the differences in how the Western and Egyptian press depicted Princess Fawzia. While Western media portrayed the princess as a helpless political pawn. Egyptian press depicted her as a humanitarian, champion of girls’ education and representation of the modern woman. Amin presented her research to bring awareness to Princess Fawzia’s accomplishments and to give other young Muslim women a powerful role model.

Jana Amin continues to fight for girls’ education in many different ways. She recently spoke on a United Nations panel about how governments can tailor their policies to specifically address gender disparities.

“We often think that change in somebody’s life or change on a meaningful level requires so much,” Amin told The Borgen Project. “Something so simple as giving someone an education can do so much for their life.”

On her 17th birthday, Amin invited and interviewed 17 experts in female education and empowerment. She streamed this digital event “#17for17: Advocating for Girls’ Education” for many to view. The speakers included prominent writers, artists, activists and humanitarians.

As one of her ongoing projects, she also volunteers with a nonprofit organization called Collateral Repair Project to directly support women’s education efforts in the Middle East. Collateral Repair Project (CRP) is a nonprofit organization based in Amman, Jordan. It supports refugees living in Jordan through educational and female empowerment workshops and basic needs assistance.

Jana Amin discovered Collateral Repair Project during a school trip to the Middle East in her freshman year of high school. She was struck by its SuperGirls workshops, which provide young female refugees with a space to express their feelings, overcome trauma and speak up for themselves.

After Amin returned to Massachusetts, she volunteered with Collateral Repair Project. She met with refugees over Skype to help them practice conversational English. After three years, she also began teaching English over Zoom. However, the lessons were unreliable due to Wi-Fi issues and Amin began to doubt whether the lessons were useful. Yet after about four weeks, a Yemeni woman lined up her four children in front of a camera, who recited basic English phrases that Amin had taught their mother.

Amin said the experience reminded her that “you educate one woman and she has the ability to educate her family and in turn her community.”

The Power of Activism

Amin believes that she has a responsibility to create positive change in her community. To many people, fearlessness propels Amin’s activism. This courage is evident when she cold-called Michelle Obama. While preparing for her “#17for17” birthday event, she called and messaged the Obama Foundation’s Girls Opportunity Alliance to ask if Michelle Obama could speak at her event. Although Amin did not expect to succeed, the program’s representatives responded within 24 hours to say that Michelle Obama was busy that day. However, its executive director, Tiffany Drake, was willing to be a speaker. She was delighted to discover she is not alone in the fight for girls’ education.

“I think we do the craziest things when we don’t hold ourselves back,” she said.