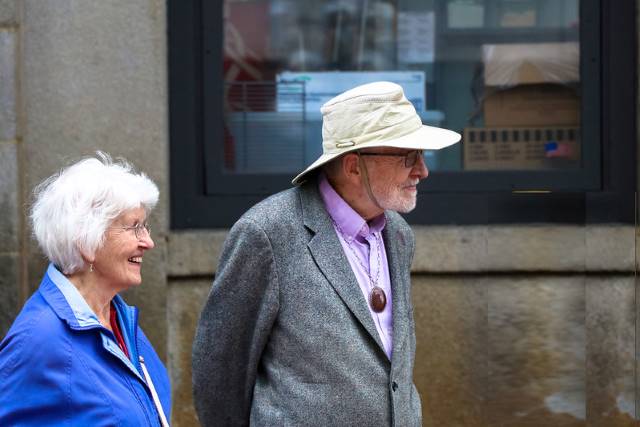 From 2006 to 2016, elderly poverty in Germany (people older than 55 years old) increased from 4.5 to 5.6 million people. According to the German Institute for Economic Research (DIW), the percentage of people who face poverty while receiving retirement money could increase from 16.8% to 21.6% by 2039. In other words, one in five German pensioners could face impoverished conditions by 2039. Germany intends to combat elderly poverty with a basic pension plan.

People who receive “less than 60%” of their average working salary from their retirement funds are currently considered at risk of facing poverty. This equals a monthly retirement income of less than €905 or $997. The percentage of people depending on other financial government assistance may also rise from 9% to 12% by 2039. These people would have monthly retirement incomes of no more than €777.

A German pensioner can choose from three main pension systems. The German pension apparatus consists of a “pay-as-you-go system,” which is combined with other supplemental plans. The supplemental pension plans intend to provide funds in addition to the state pension that pensioners already receive.

Despite the three main pension plans that Germany has implemented, those working for a lifetime in Germany still struggle to make ends meet after retiring. This is especially relevant for those employed in low-earning careers.

Since the amount of state pension given to a pensioner depends on their net income, those who participated in low-earning jobs are at increased risk of facing poverty. To address this, Germany recently decided to implement a new basic pension plan, which ensures that those who have been working in Germany for a significant amount of time will receive a basic amount of pension.

According to German legislator Malu Dreyer, more than 1.4 million people will benefit from the basic pension plan. Furthermore, a significant portion of women will benefit from the plan as four out of five beneficiaries will be women. The plan also rewards those who took time off work for familial caretaking as long as their total employment time meets the minimum requirements.

In hopes of decreasing elderly poverty rates, Germany implemented the basic pension plan, which aims to provide its low-earning citizens with enough funds to secure their basic needs after retiring. The state pension only provides the pensioner with 70% of their net income, which can be problematic for citizens who spent their lives working in low-paying positions.