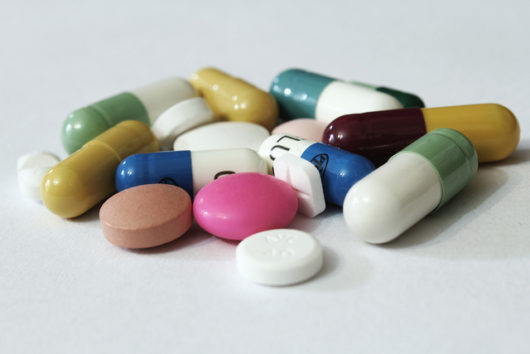 Reflecting on over 50 years of the War on Drugs campaign from today’s perspective, it can be concluded that strict drug laws around the world have proven to be costly and ineffective at reducing drug use.

Most governments engage in militarized approaches that target small-scale offenders and farmers. This approach devastates local communities and deepens poverty, particularly in the global south. However, human rights-based approaches to drug law reform around the world are paving a new way forward.

The U.N. has placed three conventions to regulate illicit drugs internationally. These conventions require federal governments to prosecute anybody engaging in the production, distribution, sale or purchase of illicit drugs.

However, the problem with the drug laws around the world are not the U.N. conventions. The problem is that the governments have interpreted these conventions literally and they tend to focus on the criminalization of the persons involved in drug trade rather than educating and treating the participants in the right way.

Drug law reform can still occur in line with the U.N. conventions since the conventions do not specify that governments need to criminalize drug use itself but they leave room for governments to create treatment and rehabilitation programs for drug users.

The current international drug laws hurt the poor people the most, particularly those in the global south.

In these areas, drug cartel leaders and large-scale distributors generally have the resources and intel to evade law enforcement. So when the government cracks down on drugs, the poor are hit the hardest.

Prosecuting small-scale offenders only deepens poverty. Small-scale farmers grow drug crops because they have no realistic alternative. These farmers already belong to some of the most impoverished rural communities.

When their land is not fertile enough to sustain food crops, growing drug crops becomes the only option. When farmers are imprisoned, their income prospects disappear and their families and communities are only left in deeper and more desperate poverty. A vicious cycle forms.

Just like squeezing the bottom of a balloon pushes air to the top, experts use the term “balloon effect” to refer to the displacement of drug production.

Government enforcement does succeed in driving away drug production––but only from regulated areas. Traffickers will often move to more remote areas where they can’t be tracked. But it’s in these remote areas that the ecosystems are most fragile.

Local communities in these remote areas rely entirely on their untouched natural resources to survive. When drug producers take over their land, these local communities are driven into poverty. It’s estimated that the illicit drug trade is responsible for 10 percent of the rainforest destruction in Peru.

Bolivia’s indigenous population has been farming and chewing coca leaves for hundreds of years in order to increase focus and productivity. But, as it is well known, coca happens to be the main ingredient in cocaine.

So as part of its War on Drugs strategy, the U.S. Drug Enforcement Agency (DEA) forcibly eradicated many of these indigenous farms, violently arresting farmers and deepening rural poverty.

In response to this actions, Bolivia legalized coca production in 2011. The government limits the amount of coca that farmers can grow (they are allowed to produce on approximately the size of one-third of a football field), and the legal sale of this coca allows farmers to make a sizable income. With their income, farming communities can now experiment with new food crops as well.

This cooperative, community-first approach has led to the voluntary removal of nearly 10,000 hectares of coca. Over the course of four years after the implementation of the policy, illegal coca production in Bolivia fell by 34 percent.

Experts across Western Africa convened for the West Africa Commission on Drugs and crafted a “model drug law” for the region. The model was published in September 2018 and aims to guide the region’s policymakers. It focuses on removing existing barriers to health care for drug users.

Globally, the risk of contracting HIV is 23 times higher for people who inject drugs. And out of all of those who inject drugs, only 4 percent that lives with HIV have access to treatment. The criminalization of drug use prevents many from seeking treatment.

Olusegun Obasanjo, Chair of the West Africa Commission on Drugs, highlights the necessity for help over punishment: “Pushing them to the fringes of society or locking them up in ever increasing numbers will not solve the problem.”

The War on Drugs has turned rural farms and already impoverished areas into battlefields. Arresting and imprisoning small-scale offenders, such as users and rural farmers, only deepens global poverty.

However, as proven in various different situations, human-rights based approaches work. Governments and nonprofit organization around the world can use Bolivia and Western Africa as shining examples of how drug law reform can instead focus on the specific needs of different communities.