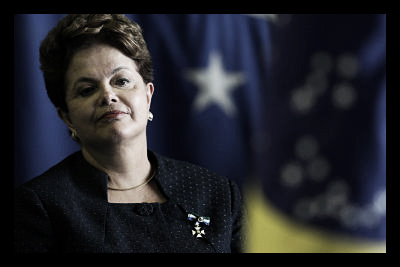 Allegations of corruption on behalf of the Brazilian oil and gas giant Petrobras has unsettled the political opposition in Brazil. The controversy comes amidst allegations that the current President of Brazil, Dilma Rousseff, drastically overpaid Astra Holding for Pasadena Refining, Inc., when she was a member of Petrobras’ Board of Directors in 2007.

Petrobras paid almost $1 billion for the refinery, even though two years earlier the company was sold to Astra Holding for $42.5 million. This wide gap in the sale prices of Pasadena has drawn ire from many of Rousseff’s political opponents.

Following the discovery of the misconduct, the senior executive of Petrobras, Nestor Cervero, was forced to step down and Paulo Roberto da Costa, a former executive director of Petrobras, was arrested on charges of money laundering during his tenure at the company. There are also five federal investigations of Petrobras, including one by the Congressional Budget Office in Brasília.

Political opponents of Rousseff are taking advantage of this discovery by unleashing disparaging remarks about the Brazilian president ahead of presidential elections in October. Rousseff is expected to be a favorite to win the election, and opponents are attempting to whittle her down by focusing press attention on the scandal.

Aecio Neves, the main opposition candidate of the Brazilian Social Democracy Party, has called for a parliamentary investigation into the scandal, and has criticized the decision to buy the refinery even though information given to Petrobras was incomplete.

Petrobras has diminished in value over the past few years. In 2008, its shares were trading at $60 and today they trade for less than $12. The market cap has declined by 51 percent in the past three years, and has a debt of $22 billion, a 30 percent increase over 2012 levels. Such a level of debt has resulted in a warning by the financial counsel that the credit rating of Petrobras might soon be downgraded.

According to analyst Jõao Augusto de Castro Neves, Rousseff is not likely to lose her re-election bid in 2014, but her opponents will try to use this issue to continue exerting consistent pressure on her administration in the hopes of currying favors or ministerial positions.