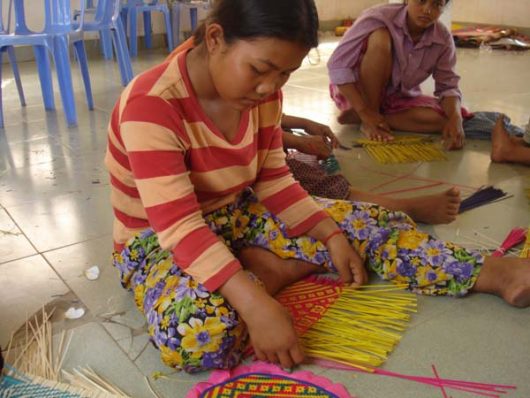 The small, landlocked country of Laos is one of the poorest nations in Southeast Asia. Home to 6.6 million people, Laos is also a fast-growing emerging market that registered 7 percent GDP growth in 2016. The Laotian government is embarking on ambitious development projects to build up new infrastructure and energy sources in the least developed country in the region. Here are five development projects in Laos:

In northern Laos, the ADB is helping empower local women by providing them with livestock so that they can economically sustain themselves and their families. The Livestock Development Project disburses $16.5 million through various regional projects across the country, with funds contributed from the ADB and other international aid agencies. Ever since it began in September 2006, the project has helped women play more important roles in their families and local communities.

The U.N.’s Green Climate Fund is supporting the Laotian government in seeking solutions to climate change and improving the county’s access to renewable energy. The UNDP has pledged a funding programme as part of its Readiness and Preparatory Support Programme, an 18-month project designed to help local stakeholders across the government and different sectors of the economy to reform the agricultural sector, forestry and environmental practices in local communities. Environmental development projects in Laos arising from the programme will hopefully aid Laos in its fight against the effects of climate change.

As part of the high-profile “One Belt, One Road” initiative, China is investing $6 billion on a rail line connecting Thailand to the southern Chinese city of Kunming — with 420 kilometers running through Laos, connecting towns and cities throughout the country. While the project will surely increase connectivity, the rail line has been criticized for its displacement of locals living along the line, including the eviction of over 4,400 Lao families from their homes. While only 14 percent completed, the project has provided employment for over 7,000 local Lao workers and is contributing to infrastructure development in the poorly connected country. The line is one of many high-profile development projects in Laos currently under construction, including major hydropower plants.

The Mekong River is one of the longest rivers in Southeast Asia, and is an important water source and vital artery in Laos and neighboring countries. The World Bank’s Mekong Integrated Water Resources Management Project seeks to coordinate closer collaboration between Laos and its neighbors on access to water in the Lower Mekong Delta, particularly in improving the management of water resources and fisheries in the densely populated region. The initiative also includes development projects in Laos to improve the sustainability of the Mekong river basin’s water resources and improve the management of floods.

The World Bank is expanding access to health and improved nutrition in Laos by contributing $15 million in additional financing to healthcare development projects in Laos. The funding will support the modernization of healthcare information systems and efforts to increase access to reproductive care, maternal care and healthcare for children. Since launching in 2015, foreign governments including Australia and Japan have since pledged $5 million for an immunization drive and reforms in the healthcare sector in Laos.

Laos is relying both on international organizations and aid groups as well as on its wealthiest and largest neighbor, China, in pursuing both economic development and a way out of poverty for millions of its citizens. Expanded access to healthcare and water resources through World Bank projects are just two of many development projects in Laos as the country pursues greater human development to go along with its rapid pace of economic growth.