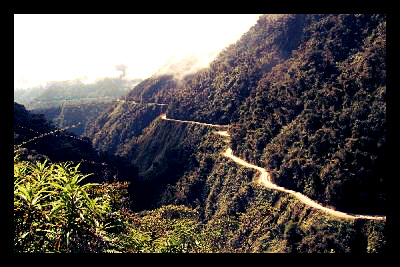 A recent study by the University of Michigan has found that Africa, Latin America and the Middle East host the world’s most dangerous roads, and that traffic accidents in developing nations claim more victims than in wealthier countries.

Similar conclusions have recently been drawn by the Federation Internationale de l’Automobile (FIA) which specifically examined this year’s mortality rates due to traffic accidents in Latin America. The FIA study reports that Brazil has the worst record, at 20 traffic-related deaths per 100,000 inhabitants.

FIA regional representative Leandro Perillo of Argentina observes that “the biggest problem we face [in Latin America] is the lack of enforcement of the rules.”

The Inter-American Development Bank (IDB) sees dangerous roads as a serious development issue in Latin America, reporting that “at 17 deaths per 100,000 inhabitants, this region’s roadway fatality rate is nearly double that of higher income countries.”

Leading reasons for this discrepancy besides lax law enforcement include roadways clogged with bicycles, motorcycles and all around bad driving. Anyone who has traveled throughout Latin America understands that traffic lights, lane markers and warning signs are more like suggestions than rules. Poor infrastructure, including the infamous baches (potholes that many times resemble sinkholes) and lomadas (mountainous, unmarked speed bumps,) can also play a part in driving accidents.

Automobile wrecks take more lives in Latin America each day than does HIV/AIDS, and road incidents kill 100,000 people every year in Latin America and the Caribbean. Additionally, car crashes have become the leading cause of death for individuals between the ages of 15 and 29.

Injuries due to poor roads and bad drivers also have a high social and economic cost. The Inter-American Development Bank estimates that Latin America loses two percent of its GDP to traffic accidents each year.

Speaking on the importance of road safety in Latin America, IDB Transport Division Chief Nestor Roa states that “when it comes to improving road safety, isolated efforts will only get us so far. Curbing our region’s high traffic death rates requires making this issue a priority for our national development agendas and committing everyone to achieve this goal.”

The IDB is becoming more involved in the region’s transportation situation, performing vehicle evaluations and overseeing the design of better roadways. The institution states that successful confrontation of this issue will require “the coordination and collaboration of virtually all sectors of society, from governments to schools, NGOs, motor vehicle manufacturers, drivers, passengers, cyclists and pedestrians.”

Although road safety is not typically seen as a central development concern, addressing this issue will help pave the way to a safer and healthier future for developing nations.