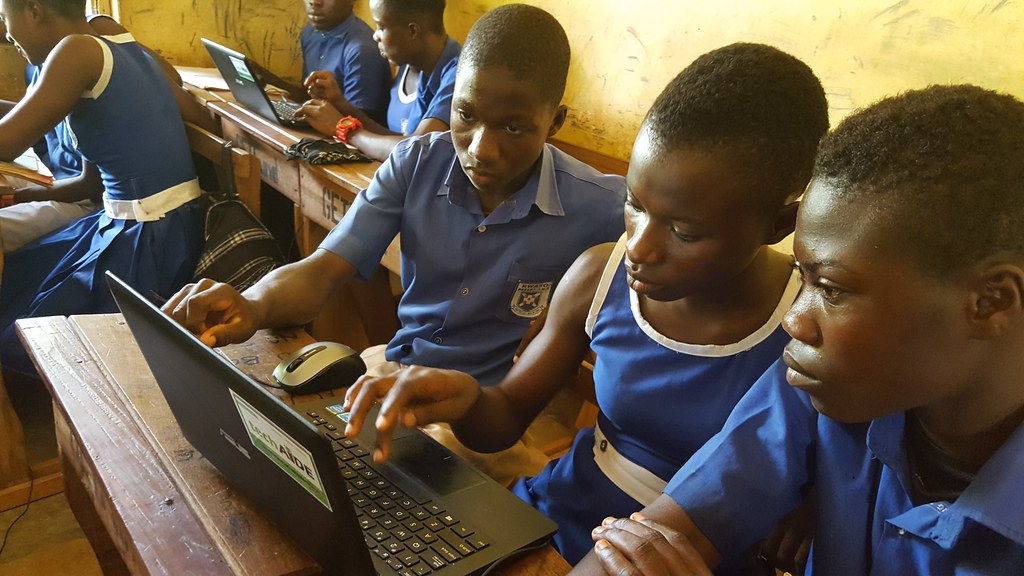 As one of the world’s most impoverished African countries, Ghana has a poverty rate that touches roughly 55% of its population, with only 24% possessing internet access. This acute problem owes itself in part to a large number of its youth who grow up in the absence of education accessibility. However, educators have begun to combat the ailments of impoverished Ghanaian communities. To do this, they utilize the fundamental cornerstone of a globalized world — computer technology. Computer access in Ghana fights poverty by empowering Ghana’s poverty-stricken youth. As a result, they gain greater access to future job security and change the course of their own lives along with the communities they inhabit. Below are three ways that computers and new technologies are improving the standard of living in Ghana.

The inclusion of computer access within the Ghanaian education system allows teens to develop valuable 21st-century technology literacy. It stands to open critical doors to higher education. In an era that is inarguably dominated by mobile phones, laptops and wireless communications, access proves paramount. Programs like those presented by Ghana Code Club, which has taught nearly 1,700 students and trained more than 300 teachers, enrich Ghana’s youth with computer science and coding languages classes, paving the way for future innovations as well as national economic growth.

A Pew Survey showed that computer users connected to the internet are more likely to have higher incomes. The University of Ghana offers a dedicated computer science course that nurtures software programmers who have the potential to earn up to three times as much as their professors. However, only through expansion will these opportunities allow them to truly reach a wide demographic. Increased computer access in Ghana is difficult to ensure. Currently, only around 36 people graduate from the University of Ghana’s technology program annually. Vast areas of the country are still shielded from these positive impacts.

Despite the computer’s role in expanding social and economic standards in Ghana, many traditional African communities restrict women and girls on the basis of acceptable gender roles. Although, new non-governmental organizations like STEMbees, a Ghana-based organization, inspire and allow young girls to break the stigma and enter into the fields of coding science, technology, engineering and mathematics.

Other initiatives, like UNESCO’s Girls Can Code, also work to fight the ongoing battle against gender stereotypes in the African educational sphere. Methods that implement computer stations in Ghanaian villages and equip new schools with current technology continue to increase computer access in Ghana.

Ghana now finds itself in the unique position of being on the verge of a technological revolution that coincides with its industrial revolution. Each of the two transformational eras is set to drive the country toward a prosperous future. This future, additionally, carries with it the promise of greater opportunity for Ghanaian children. Average Ghanaian students gaining access to computer technology furthers the assurance of a better standard of living for Ghanaian citizens. Over time, this development can carry on for generations to come.