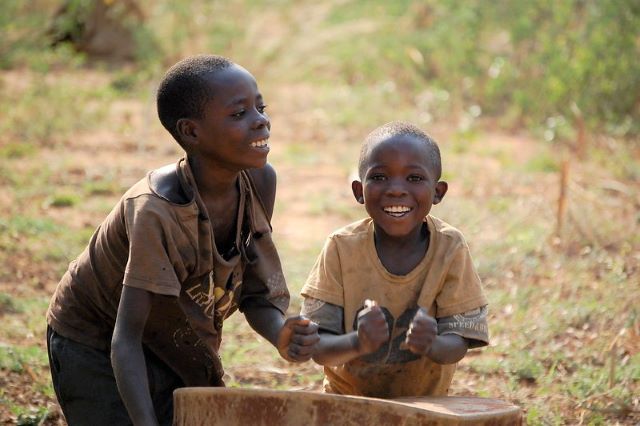 The East African country of Burundi is one of the poorest in the world. Its meager economy relies heavily on rainfed agriculture, which employs approximately 90% of the people there. Burundi is Africa’s most population-dense country and nearly three out of every four people live below the poverty line. One of the lamentable realities of Burundi’s poverty is the effects it has on children. Child poverty is a serious issue in Burundi and the country has a current score of 5.46/10 on Humanium’s “Realization of Children’s Rights Index.”  Burundi is deemed a black level country by Humanium, meaning that the issue of children’s rights is very serious.

The State of Child Poverty in Burundi

In Burundi, 78% of children live in poverty. Poverty especially affects children in the rural parts of the country. Poverty also disproportionately affects children of the indigenous Batwa people. Additionally, child poverty in Burundi has seen an unfortunate and notable increase since 2015, when violent unrest occurred following President Pierre Nkurunziza’s announcement of a third term, which was unconstitutional. The roots of the poverty problem in Burundi stem from a few different factors, the most predominant one being hunger.

Despite having an agriculture-centric economy, more than half of Burundians are chronically hungry.  The lack of food in the country is due to the fact that even at the peak of the harvesting season, food production is too low to sustain the population. Food production in Burundi can only cover a person for 55 days of the year. The lack of food also means prices are much higher. As a result, it is not uncommon for households to spend up to two-thirds of their incomes on food, even during harvesting season. One reason for Burundi’s difficulties in growing enough food has been frequent natural disasters that destroy crops and yields.

Hunger is so prevalent and intense in Burundi that despite having free and compulsory school for children between the ages of 7 and 13, the country faces growing dropout rates due to hunger. Another problematic issue for Burundian children facing poverty is schooling after the age of 13. After 13, school is neither free nor compulsory, making it exponentially less accessible and thus reducing opportunities for upward mobility. Much of Burundi’s education system has been negatively affected by Burundi’s civil war, as schools were destroyed and teachers were unable to teach.

Burundi has many “street children.” As the name suggests, these children live on the streets and are incredibly poor, left to fend for themselves. Street children have no humanitarian assistance from the government and consistently face police brutality, theft and arrests. Kids in Burundi become street children because families are sometimes too poor and hungry to stay together or they have to flee from child abuse or family conflict.

Although the reality of the child poverty situation in Burundi is dire, there are good things being done to improve the situation. While the government in Burundi is not providing adequate help, there are several humanitarian organizations providing assistance to those in need.

The NGO, Humanium, works on raising awareness, partnering with local projects to help children and providing legal assistance to victims of children’s rights abuses. The World Food Programme (WFP) has also been working in Burundi since 1968 by providing food such as school meals, malnutrition rehabilitation to starved children and helping to improve food production. Additionally, organizations like Street Child are working to build schools and eliminate as many barriers to education as possible for children in Burundi and elsewhere. Groups like the WFP, Humanarium and Street Child do substantial work to help children in Burundi. It is vital that the work continues and that more organizations participate in alleviating child poverty in Burundi.