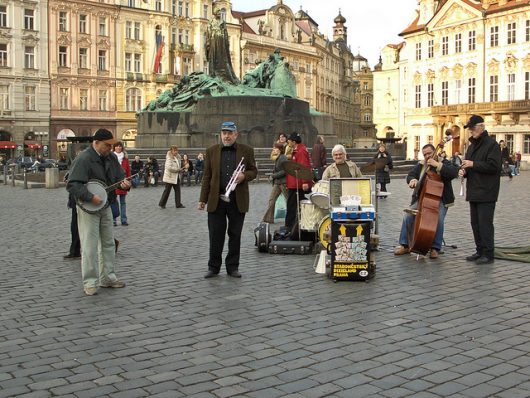 In the wake of its post-communist economy, the Czech Republic is working to revitalize its financial strategy and to become a commercial powerhouse in Eastern Europe. However, obstacles preventing the country from improving its economical state are due to the nature of its communist past.

The absence of labor markets forced the communist government to impoverish its citizens in order to sustain the state. Causes of poverty in the Czech Republic stem from the country’s political and economic background during the late 20th century and are exhibited through its complex economic struggles, faulty environmental policies and societal differences.

The Czech government enforces strict fiscal restrictions, which inhibit its economy from reaching its potential. Czechoslovakia strategizes its economy towards export-based trade to maximize external growth. This plan compromises economic security and further perpetuates causes of poverty in the Czech Republic. In order to strengthen its fiscal prospects, the Czech government must invest in its domestic demand for the sake of creating a more sustainable economy.

Instead of resourcing its environment responsibly by taking into consideration long-term consequences of pollution and resource obsolescence, the Czech Ministry of the Environment approves of policies that allow systematic ruin to the environment. This, combined with the issuing of permits without charge to large corporations (which wastes 47.5 billion Czech Korunas), deprives the Czech economy of state revenue it could utilize to fund public sectors that are desperate for financial aid.

With unemployment at 10 percent and various instances of political corruption, Czech society (which is exhaustively compromised of its middle and lower class) is distrusting of governmental figures and industry elites that dominate its politics. While the labor market of the Czech Republic is currently strong and wage increases are on the rise, causes of poverty in the Czech Republic are also contributing to fracturing the coexistence between social classes. For example, the Czech Republic’s reliance on its pension system is not ideal for economic longevity due to increasingly falling replacement rates.