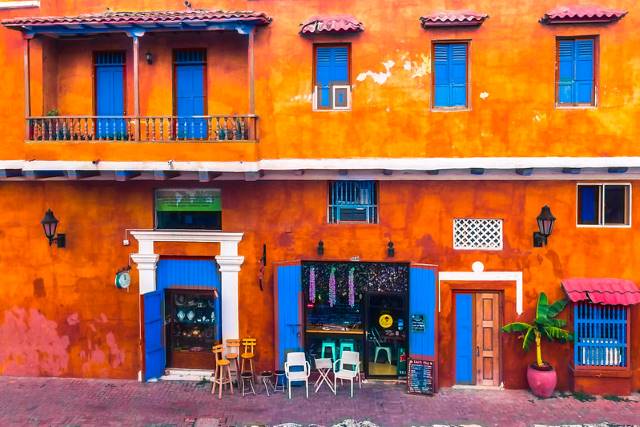 Many communities in Colombia have been decimated after more than 50 years of conflict. Despite the signing of a peace deal between the Colombian Government and rebel groups in 2016, violence persists in many parts of the country. Rural communities have been disproportionally impacted as government services are almost non-existent in these areas. Many programs have been initiated to assist victims of the conflict, one of them being the Casa Pintada project. This project involves members of shattered communities coming together to rebuild and repaint buildings that have been destroyed. It seeks to re-establish the sense of community that has been lost in the conflict.

Overview of the Colombian Conflict

The Colombian conflict began in the 1960s with the formation of the Revolutionary Armed Forces of Colombia (FARC) and the National Liberation Army (ELN). These two far-left militant groups embarked on a violent campaign against the Colombian state for more than 50 years. Kidnappings, assassinations and drug trafficking were commonplace during this time and at least 220,000 people have been killed.

The signing of a peace deal in 2016 was lauded around the world and then-president, Juan Manuel Santos, even won a Nobel Peace Prize. However, violence has continued as many of the promises made by the Colombian government have not been kept. Rural areas still are not receiving basic assistance and this has convinced many militants to resume fighting.

Blumont undertakes the Casa Pintada project, an organization that provides developmental programs around the world. In the Casa Pintada or painted house project, people restore and repaint damaged buildings in various communities throughout Colombia. Focusing specifically on the Caquetá, Cauca and Córdoba states, it seeks to help the residents of these areas restore the sense of community among themselves by rebuilding their communities from the ground up.

At least 740 families have benefited from Casa Pintada and these benefits have gone far beyond rebuilding damaged infrastructure. The project also provides psychological assistance to those who have experienced years of violence and displacement. The act of repainting homes as a community breaks down barriers that have gone up over the years by instilling a sense of pride among residents of these areas. This helps to reestablish connections between neighbors, which in turn, goes a long way in healing the trauma caused by decades of conflict.

Casa Pintada is a part of Blumont’s larger Closing Emergency Gaps to Aid Displaced People program. Called the Closing Gaps program for short, it is funded by the U.S. State Department’s Bureau of Population, Refugees and Migration. This program seeks to aid victims of displacement in Colombia by strengthening the local government’s ability to care for refugees while providing for their basic needs and representation. Furthermore, as demonstrated by the Casa Pintada project, Closing Gaps is also concerned with treating the psychological impacts of displacement.

The Casa Pintada project reflects the multifaceted issues that arise from violent civil conflicts. The Colombian conflict lasted for more than five decades and left an indelible impact on much of the population, especially in rural areas. While the physical toll the Colombian people have suffered received much attention, Casa Pintada aims to address the psychological effects of the conflict. By having people repaint and refurbish damaged buildings in their neighborhoods, it helps heal the trauma they have endured by instilling a sense of community among them.