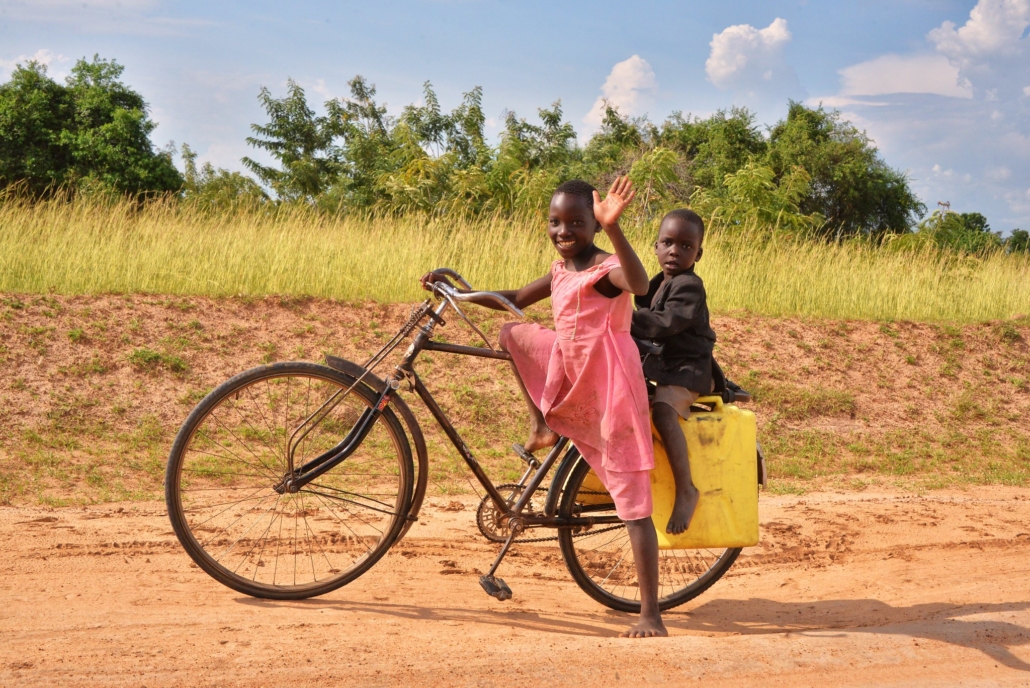 While the discussion of bicycles may elicit thoughts of expense or leisure, bicycles and poverty alleviation link together. Bicycles first came about in the 19th century as a means of transport in response to the dearth of horses. Transportation has continued to be the vital use of the bike. Additionally, people around the world have begun seeing the additional benefits of cycling, particularly in less wealthy areas.

People bike all over the world. This fact has held true since 1817 when German inventor Karl von Drais crafted what people widely accept as the first bicycle. Some cities and countries boast more bicycles than people. For instance, in the Netherlands, 22.5 million bicycles outnumber the 17 million person population. In less financially stable areas of the world, there might be fewer bicycles. However, the importance of bicycles to the livelihood and health of residents is just as strong.

Food security is an area where the connection between bicycles and poverty alleviation is particularly prevalent. In addition, food security refers to a state of living in which nutritious and sufficient food is physically, socially and economically available to a person. When an area struggles with poverty, food security can be a constant source of stress for residents. In developing countries, small-scale rural farmers are often responsible for an area’s main food production. However, these farmers can face difficulty selling their crops when transport options to markets are not available. Additionally, when transport to markets or cities is available, the cost can present another barrier to those living in poverty.

On a small scale, a bicycle can help a farming family gain buyers for their crops. Also, it helps lift the community out of poverty. Moreover, when food is available for purchase, productivity increases and food distribution improves. This benefits the entire community. One nonprofit, Cycling out of Poverty (CooP), has created a program called Bike4Work, which provides farmers access to bicycles and trailers to haul their food. Bike4Work is an innovative contribution to some of the struggles that poverty has created in rural farming areas.

The method of sustainable transport can also help ease the burden of accessing safe and clean water. When water sources are not readily available in a town, residents must expend great physical effort and time in order to access this necessity. In addition, bicycles can help shorten the journey and lessen the amount of energy they need to obtain water.

Additionally, bicycles have cropped up in a more unusual manner in Kenya as a response to increased difficulties of farming and water access due to climate change. In Kenya, seasonal farmers rely on yearly rainy seasons to create a successful harvest. However, changes to the local climate have made water more scarce, creating issues with the irrigation of crops. CooP, the same charity that used bicycles to help ease food scarcity, has implemented an innovative bicycle-powered water pump in Kisumu, Kenya.

Kisumu is the third-largest city in Kenya. Climate change and lack of water for irrigation affected Kisumu. CooP partnered with organizations in Kenya and neighboring cities in Uganda to install this bicycle-powered pump at The Green Hub Shop, a local store in Kisumu. The water pump efficiently and inexpensively sucks water from local streams and rivers to provide irrigation for farmers across Kisumu.

Bicycles and poverty alleviation efforts have combined in another seemingly unlikely manner in Kibibi, Uganda. Village health teams have begun using bicycles with adapted trailers as ambulances in emergency situations. This adaptation is crucial for Uganda because 77 of the 121 districts lack an ambulance service.

Bicycle ambulances are just one way that cycling has been improving public health in impoverished areas. Riding a bicycle also has undeniably beneficial health effects, both on the physical body and on the mind. Cycling is a form of exercise that can benefit the heart without having the same strain that activities such as running can bring.

Erik Wright, Program Director for Bike and Build, a U.S. charity that links bicycles and poverty alleviation through affordable housing, argues for the positive effect cycling has on mental health. Wright speaks of the “feeling of freedom” that having a bicycle can elicit, along with a sense of independence owning and riding a bike can bring. Psychiatric studies have proven the benefits that riding a bike has on mental health. In addition, when combined with increased ease of access to food, water and health care, the link between bicycles and poverty alleviation efforts strengthens.

Bicycles are not an all-encompassing solution to poverty by any means. Yet, the benefits that bicycles bring to impoverished areas are undeniable. Bicycles provide increased access to necessities while providing physical and mental health benefits, all at a cheaper cost than most transportation systems. In the fight against all the struggles that poverty brings, the link between bicycles and poverty alleviation proves beneficial on a personal, familial and regional scale.