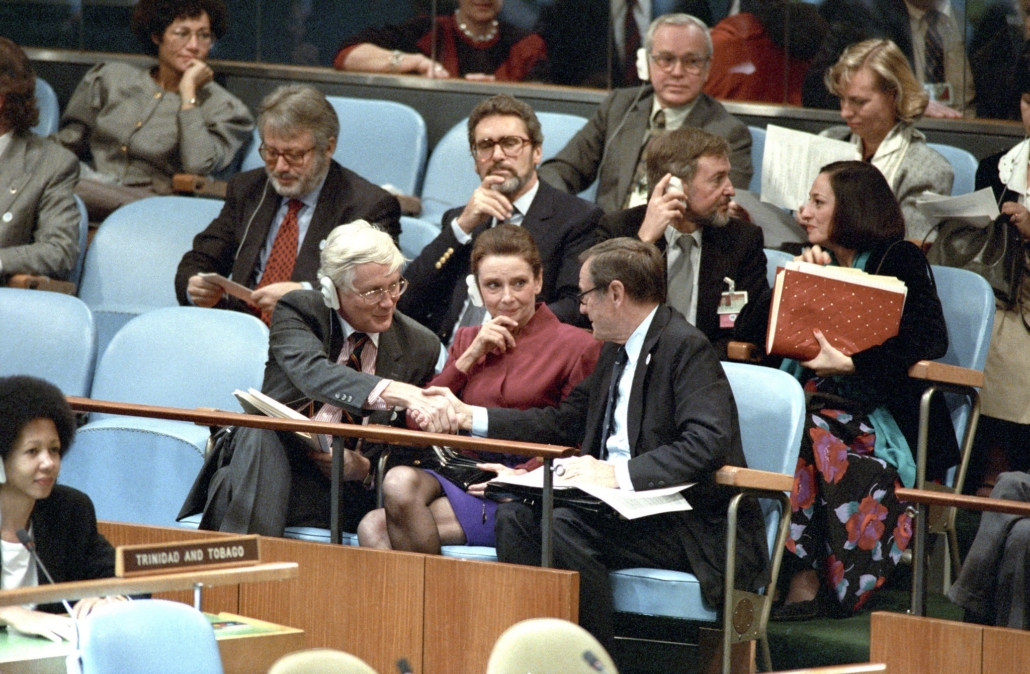 Decades after the late actress Audrey Hepburn’s passing, her granddaughter, Emma Ferrer, took on her grandmother’s legacy, becoming involved in international advocacy projects. Ferrer is a national ambassador for the United Nations High Commissioner for Refugees USA and a spokesperson for UNICEF. Here is some information about Audrey Hepburn’s granddaughter as well as some background on Hepburn’s work with UNICEF.

Late actress Audrey Hepburn’s humanitarian efforts made a significant difference in the lives of countless children. Hepburn was a Goodwill Ambassador for UNICEF. UNICEF operates in more than 190 nations and regions to ensure that every child’s rights are protected. Her commitment to the organization began after a journey to Ethiopia in the late 1980s where she sought to assist individuals in areas impacted by a severe drought that brought famine to the nation. She subsequently communicated with journalists about the work occurring in Ethiopia, and as a result of her international fame, media interest and attention grew dramatically.

In the years thereafter, Hepburn made multiple philanthropic trips, aiding in areas such as Turkey, Venezuela, Ecuador, Honduras, Guatemala, El Salvador, Bangladesh, Thailand, Vietnam and Sudan. Hepburn was a staunch advocate of UNICEF. She conducted new studies, organized ceremonies and enabled the organization to gain widespread media coverage. In 1992, she received the “Presidential Medal of Freedom,” the highest civilian honor. Despite her cancer diagnosis, Hepburn continued to work for UNICEF, traveling globally on the organization’s behalf. Hepburn died in 1993 after focusing the latter years of her life on humanitarian efforts. However, her granddaughter continues her legacy.

Though Hepburn’s granddaughter Emma Ferrer never met Hepburn, Ferrer learned much about her grandmother through her grandmother’s legacy, which ultimately influenced her desire to follow Hepburn’s lead. Ferrer was inspired that such a high-profile celebrity would ally herself with humanitarian causes. Ferrer feels a sense of connection to her grandmother through Ferrer’s own work with UNICEF. Additionally, Ferrer is a fervent advocate of UNICEF’s work and the good that these efforts can achieve in the form of significant decreases in child fatalities, illnesses and malnutrition.

Ferrer’s passion for humanitarian endeavors began when she saw photos of lifeless children washing up on an international shore as a result of war. These heart-rending images prompted her to create artwork based on the images. In her free time, Ferrer writes on the well-being of youth in nations rife with conflict and violence. Her writing comes from extensive research and comprehension. She incorporates her understanding of the realities of disadvantaged people into her artwork.

Ferrer donated artwork proceeds to the UNHCR after her first exhibition as an art curator in 2018. She has collaborated extensively with nonprofit groups and her philanthropic activities and artwork serve to continue Hepburn’s legacy.

Ferrer reflects her grandmother’s values and fights valiantly to continue Hepburn’s legacy, notably campaigning to preserve children’s rights across the world. “I think it’s so important to have a history and a legacy that you want to carry on in your family, whether you’re famous or not,” Ferrer tells UNICEF.