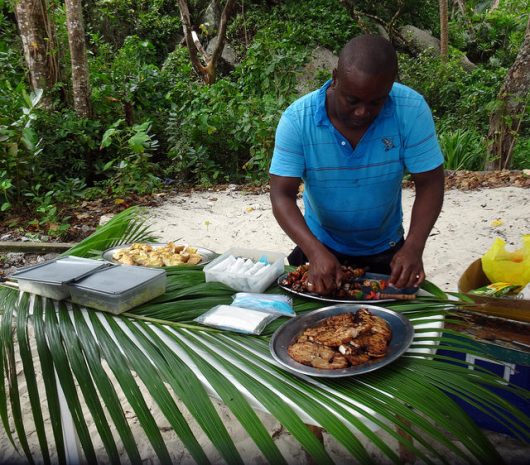 James A. Michel, the former president of Seychelles, attended a General Assembly for the United Nations in September of 2008 to discuss hunger in Seychelles as one of the enemies the Seychellois face daily.

According to the U.N., he also addressed the poverty and inequality of the global trading system that causes hunger in Seychelles. Alluding to the morality of the citizens in the Assembly Hall, Michel set clear commitments to resolve the climate, energy and food crises, among others.

The U.N. also clarified that his concepts suggest that industrialized countries should remove subsidies given to their farmers and provide the global South with urgently-needed resources to improve its infrastructure.

With about 90,000 inhabitants off the eastern coast of Africa and northeast of Madagascar, the Republic of Seychelles has the smallest population of all African countries.

While it is a naturalist’s playground and widely celebrated for its ecotourism on the mainland, inhabitants continue to look to global organizations such as Global Citizen, Save The Children, UNICEF and UNDP for support related to hunger in Seychelles. Part of this global support was the founding of a Global Island Partnership to get all small islands and nations with islands to give part of their natural resources to conservation sustainability.

The Food and Agriculture Organization reported that the islands live with several inconvenient circumstances, such as expensive food from remote markets. Another issue is the spread of aggressive creepers that have carried destructive diseases to some of the major forest lands during the last 40 years. One factor that limits agricultural production is the current forest laws that ban development on about half of the country’s land. This ultimately results in more hunger in Seychelles.

“Of the total value of tuna – our ‘blue gold’ – caught and transhipped in our waters by foreign fishing vessels every year, the Seychelles receives only 7 percent in revenue, comprising license and transhipment fees. This to my mind is unacceptable,” Michel announced to the Assembly. He suggested a restored United Nations to lessen foreign manipulation by investors for the country’s natural resources.

Correspondingly, the FAO monitored progress towards reducing hunger in Seychelles. The data displayed that of the total population from 2006-2008, over 83,000 people were undernourished.

One must remember that the slightest efforts have an impact on the mission to end world hunger. People should do what they can to help advocate for and support the less fortunate, as these affairs have the possibility to have a constructive outcome communally.

The United Nation’s Sustainable Development Goal (SDG) aims to give all people, especially those in vulnerable situations, access to safe, nutritious and sufficient food all year round. They also intend to double the agricultural productivity and the incomes of small-scale food producers by the year 2030.

To get involved, consider occupying your time collaboratively by joining the global conversation using the hashtag #sey4sdg in support of the SDG 2: NO HUNGER.