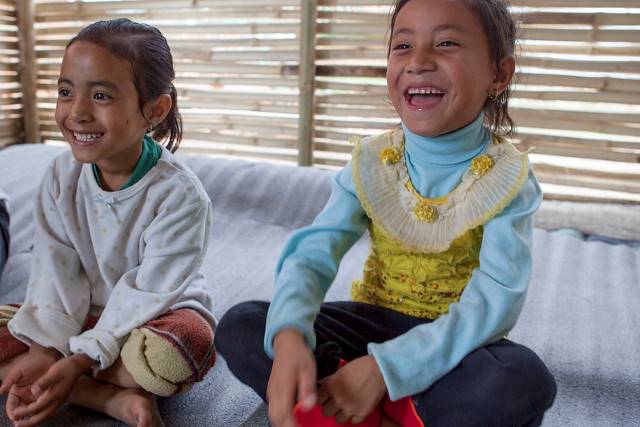 David Beckham is a father, former professional soccer player, a United Nations Children’s Fund (UNICEF) ambassador and a philanthropist. While Beckham played for the Manchester United Football Club he was also supporting UNICEF. In 2005, Beckham was appointed as the new ambassador for UNICEF. The former soccer player is supporting and advocating for the well-being of children globally. In 2015, to commemorate 10 years of supporting UNICEF, UNICEF and Beckham partnered to start the 7 Fund.

The 7 Fund aims to empower vulnerable children in nations across the world, including Indonesia, Nepal, Uganda and El Salvador, by addressing issues such as “bullying, violence, child marriage and missed education.” Within the initial three years of its establishment, the 7 Fund had already made a significant difference in children’s lives.

According to the 7 Fund, “Nepal has one of the highest rates of child marriage in Asia.” Girls who marry young often drop out of school, leaving them uneducated and unable to break cycles of poverty. The 7 Fund tackles child marriage in Nepal by ensuring that girls receive the support needed to stay in school or return to school to fulfill their full potential. In addition to helping “build life skills” for both boys and girls, the organization also supports the provision of mental health services for these children. Importantly, the 7 Fund educates parents and communities at large on the detrimental impacts of child marriage in order to reduce its prevalence.

The Story of Rashida Khatun

On its website, the 7 Fund showcases the inspiring story of Rashida Khatun, a 14-year-old girl in Nepal. Child marriage is common in Khatun’s community. Despite her yearning to receive an education, she could not due to her family’s impoverished circumstances. Her parents prioritized the education of her three brothers while she and her sisters had to shoulder household chores. Her four older sisters were “married as teenagers” and she was next in line.

Khatun’s world changed when she joined a “UNICEF-supported non-formal education program for girls” in her area, with permission from her father. The nine-month-long Girls’ Access to Education (GATE) program focused on empowering “out-of-school adolescent girls by giving them basic numeracy and literacy lessons and useful life skills.” Khatun told UNICEF Nepal that when she initially started the classes, she was not aware “that children had rights, or that child marriage was a violation of those rights or that it was actually illegal.”

Through the GATE program, Khatun was educated about the dangers of child marriage and decided against it. Khatun and a GATE class facilitator eventually managed to convince her parents to cancel her marriage, allowing her to continue to pursue an education that would one day help her rise out of poverty. The story of Khatun is an illustration of the importance of 7 Fund efforts to address child marriage in Nepal. Roughly 10,000 Nepali girls are now part of “a return to school” program.

The 7 Fund acknowledges that the effects of bullying can stay with an individual for life. With one in five Indonesian children between 13 and 15 experiencing bullying, the issue is important to address as bullying diminishes self-esteem and negatively impacts mental health. The 7 Fund is supporting anti-bullying initiatives in Indonesian schools, focusing on “training teachers and helping schools put safeguarding plans in place, helping to reduce rates of school dropout and child marriage and creating a safer school environment to enable children to thrive.” Due to these efforts, incidences of bullying have reduced by almost a third.

Within Uganda, nearly 60% of the girls are unable to go to secondary school due to violence in school and pressure to stay home to help manage the household. To ensure girls stay in or return to school, the 7 Fund is supporting “teacher training and creating protection systems to track and report violence.” The Fund is also focusing on educating parents and communities on the lifelong benefits of girls’ education for both the girls and their families.

Beckham’s 7 Fund is a prime example of using a celebrity platform to make a difference. Overall, the 7 Fund protects and empowers children with the knowledge and tools to rise out of poverty.