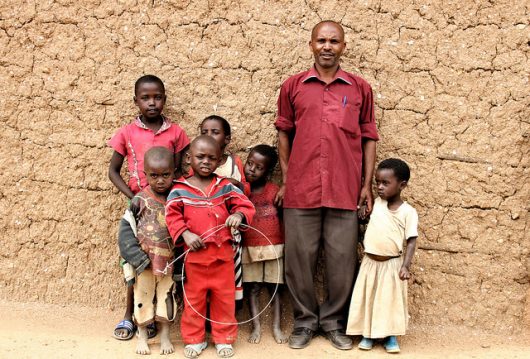 There are many large enterprises committed to fighting global poverty as a part of corporate social responsibility or through donations. However, a new category of benefit-driven corporations characterized by creating a social and environmental impact has become increasingly popular with the rise of sustainable development and impact investment.

Many of these companies are commonly known as social enterprises, B corporations or fourth sector companies. The list below provides examples of corporations fighting global poverty around the world and how they are actively tackling numerous world issues through their impact.

This social enterprise focuses on fighting global poverty through providing access to clean water in order to decrease risk of disease. The corporation sells environmentally friendly water bottles in Spain and 100 percent of the company’s dividends are invested in providing clean water to those living in poverty around the world; as a result of these efforts, Auara has both an environmental and social impact.

In addition, these projects aimed at providing clean water are mostly carried out in Africa.

This is one of many American corporations fighting global poverty, but Better World Books strives to break the poverty cycle by focusing on education. In 2002, the founders created a business model based on the online collection and sale of new and used books for economic profit. All profit gained from this is then used to fund literacy projects around the world.

Due to economic profit, social literacy impact and reselling of unwanted books, this organization is said to have a triple impact. Since the creation of the company, 21 million books have been donated to Books for Africa, Room to Read and the National Center for Families Learning. This company has also raised over $24 million for literacy initiatives.

Sofia Vergara and Renata Black co-founded EBY as an undergarment line in 2017. This company is one of many American corporations fighting global poverty through female empowerment and microfinance. The main goal is to provide small loans to women so that they have the means to start their own businesses and thus become self-sufficient and independent.

EBY accomplishes this by contributing 10 percent of net sales to the Seven Bar Foundation; so far, the financed loans have helped women in Colombia, Haiti and Nicaragua.

Incluyeme is a corporation fighting global poverty by providing jobs to those with disabilities. Disabled populations are more likely to be unemployed, which gives them a difficult position from which to overcome poverty. This company created an online platform to connect disabled people looking for work with inclusive employers that match their profiles.

The company began in Argentina, but has now spread to different parts of Latin America and Spain, and will continue to grow to increase impact. Any profits made are reinvested into social initiative projects so as to maximize social impact within communities served.

This Colombian corporation aims to fight global poverty by addressing the issue of hunger and fighting malnutrition and obesity. Founded in 2014, Alcagüete is a line of healthy snacks that for every snack sold, the company gives a snack to a child in the country who is in need. Since its founding, they have given away 437,895 snacks to hungry children.

With corporations like these five, the fight against global poverty is stronger than ever. Now the question is which company will be the next B-Corp or social enterprise?

Home is Where the Hard Drive Is: 3D Printed Homes in El SalvadorCariSECURE Reduces Crime and Violence in Barbados
Scroll to top