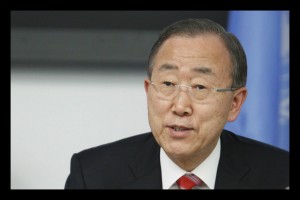 In an annual message marking the World Day of Social Justice celebrated every February 20, Secretary-General Ban Ki-moon spoke of the need to address increasing inequality and limited access to education, healthcare and opportunities all around the world. Secretary-General Ban said, “Growing inequality undermines the international community’s progress in lifting millions out of poverty and building a more just world.”

In 2007, the General Assembly proclaimed February 20 as the World Day of Social Justice, dedicating the day to the promotion of national activities that furthered the cause of the World Summit of Social Development. These include the end of poverty and the promotion of full employment and decent work, gender equity, access to social well-being and justice for all. Along with advocating for policies that promote inclusive development, the Secretary-General called on countries to increase efforts to reach the anti-poverty targets known as the Millennium Development Goals which will expire in 2015. He also stressed the need to look beyond 2015 to set new goals for sustainable development.

“As we seek to build the world we want, let us intensify our efforts to achieve a more inclusive, equitable and sustainable development path built on dialogue, transparency and social justice,” Secretary-General Ban said.