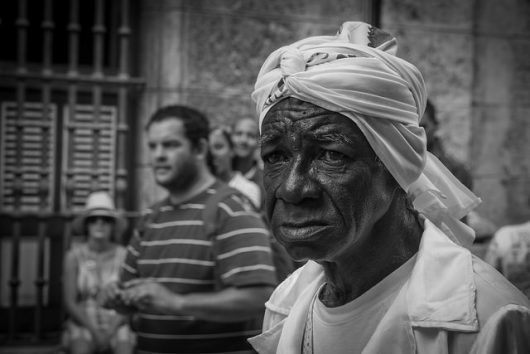 What is the poverty rate in Cuba? Because of the country’s socialist economy and the government’s lack of published data, this is not an easy question to answer. Estimates range from claiming five percent to twenty-six percent of the Cuban population lives in poverty. What is clear is that poverty in Cuba has lessened since the devastating Special Period in the 1990s.

But how much have the country and individual Cubans recovered? There are many factors to consider when trying to determine what is the poverty rate in Cuba.

At first glance, it may appear that at least two-thirds of the Cuban population currently live in poverty. The state salary is a mere $20 per month, well below the international poverty line of $2 per day. But this figure does not account for the free social services all Cubans enjoy nor other important sources of income, such as remittances from abroad.

Plus, since the 1990s a small private sector has blossomed in Cuba, and as of 2016 it employed one-third of the Cuban workforce.

There are a number of factors beyond income levels and the poverty line that help inform a conception of poverty in modern Cuba. Cuba scores well in many categories traditionally considered characteristics of “the middle class.” These include education, female participation in the workforce, low fertility rates, home ownership and enrollment in social services.

Based on Cuba’s impressive statistics when it comes to these general indicators of economic security, Cuba could be considered a middle class society.

While the majority of the Cuban population could be counted below the international poverty line according to conventional means, Cubans do not suffer from many of the issues that plague low-income societies. But poverty in Cuba does create many daily struggles that cast a shadow on Cubans’ access to free healthcare and education.

For instance, while Cuba has an impressive homeownership rate of 85 percent, most buildings are in such disrepair that they suffer daily losses of electricity and even frequent collapses. Basic consumer goods, a traditional hallmark of middle class societies, are nearly impossible for most Cubans to acquire. The population counts 11 million people, yet only 173,000 cars.

Cubans enjoy certain measures of economic security, but they also suffer shortages of everything from transportation, to food, to internet access.

What is the poverty rate in Cuba? It is hard to narrow down to a single number. But one important factor to consider for the future of the Cuban people is the new U.S. restrictions announced in June. The renewed regulations on travel to Cuba are likely to hurt the tourism industry, the number-one employer of private entrepreneurs. And the new rules against trade with the Cuban government will also further limit the accessibility of goods in Cuba.

How to Help People in Saudi ArabiaSaving Families’ Lives: Option B+ in Developing Countries
Scroll to top