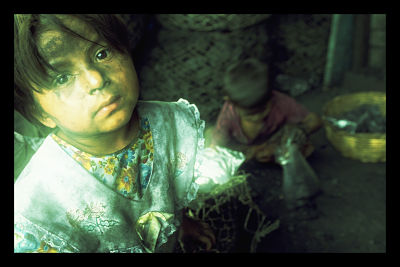 Below the boom of Asian economies are millions of child workers. These children are working in dangerous, unsanitary and often times degrading conditions. They are the “Nowhere” children. Neither enrolled in school nor officially employed, these children live in the in-between space as children in a very adult world. The International Labor Organization (ILO) estimates that there may be around 48 million of these Nowhere children.

Children who do not attend any form of schooling are more likely to wind up in child labor for more than 12 hours a day, seven days a week, with very little pay. Children in these conditions are also in harm’s way as they can be easily exploited and become the victims of violence.

What causes child labor is complex and multifaceted causes. Poverty and income inequality along with the lack of education and social protection are among the key causes. Many children are also trafficked into bonded labor. Additionally, culture in South Asia often dictates that children are often perceived as adults much earlier in their lives. Thus, Children are expected to work as hard as adults when they are as young as ten years old.

For this year’s International Day Against Child Labor, the humanitarian agency World Vision has called upon governments, businesses and civil society to take action to end child labor in the Asia Pacific.

Abid Gulzar, World Vision’s Advocacy and Justice for Children Associate Director in Asia and Pacific have stated that “Child labor doesn’t just take away childhood from children, it also triggers a vicious cycle of poverty and exploitation.” Thus he calls for increased access for these “Nowhere” children to education, proper nutrition and health services.  World Vision is the Co-Chair of the South Asia Coordinating Group on Action against Violence towards children (SACG).  World Vision has worked and continues to coordinate with the United Nation agencies and international Non-profit organizations for children’s rights in South Asia.

Why Are People in India Earning More and Eating Less?Violence Against Women is Global Health Epidemic
Scroll to top