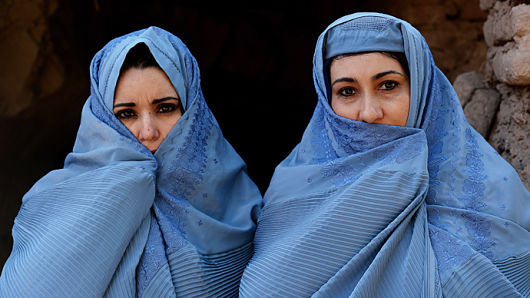 In 2011, Newsweek and The Daily Beast published a list of countries, titled “Best Countries for Women,” that ranked the living conditions for women in various parts of the world. Out of 165 countries analyzed, Afghanistan ranked second-to-last at 164th.

Afghanistan is well known for its cultural and religious mistreatment of women. During the height of the Islamic Emirate of Afghanistan, fundamentalists in accord with a strict interpretation of Islam implemented a wide array of behavioral laws against Afghan women.

According to the Revolutionary Association of Women of Afghanistan (RAWA), woman could be criminalized for working outside of the home, participating in any activity outside of the home (unless accompanied by a mahram, or a male relative), not wearing a burqa, wearing heels or makeup, laughing loudly, being photographed or filmed, playing sports, riding unaccompanied in a taxi, riding on a bicycle or motorcycle, looking at strangers, appearing on the balcony of her own home, receiving medical treatment from a male doctor and being educated, among others.

These regulations seriously constrain the personal freedoms of women in domestic and social realms of interaction. Women who violate or are even accused of violating these strict rules are subject to lashes, public stoning and other cruel policing tactics. Fear is used as a control mechanism to suppress women’s voices and actions on a daily basis. In Afghanistan, each woman must choose between expressing her free will and being violently punished for doing so.

Afghan women activists who try to rebel against this unfair treatment are often threatened with death in order to suppress their voices. Human Rights Watch reported in 2015, “Other setbacks for women’s rights in 2014 included a continuing series of attacks on, threats toward, and assassinations of, high-profile women, including police women and activists, to which the government failed to respond with meaningful measures to protect women at risk. The implementation by law enforcement officials of Afghanistan’s landmark 2009 Law on the Elimination of Violence Against Women remained poor, with many cases of violence against women ignored or resolved through ‘mediation’ that denied victims their day in court.”

Women for Women International is one of several organizations working to help women suffering from abuse, marginalization, poverty and lack of human rights due to war and conflict in Afghanistan.

They state on their website, “Decades of violence in Afghanistan have left millions of women and girls displaced or widowed. Common discriminatory practices, amplified by extremist groups, often make it dangerous for women to seek education, healthcare services, employment, or, in some cases, even to leave their homes.”

The Afghan Women’s Mission, founded in 2000, is another such organization created to support the humanitarian and political efforts of RAWA. Their website states, “Projects include many programs run by Afghan women including Malalai Clinic, schools, orphanages, agricultural programs, demonstrations and functions in support of women’s and human rights. We are an all-volunteer organization based in the United States.”

Despite the noble efforts of organizations like these, the situation remains virtually the same since the Taliban regime. Just earlier this year, the violent burning and murder of several women’s rights activists in Afghanistan shocked the world. If the situation for women is ever going to get better, meaningful reform needs to happen now.