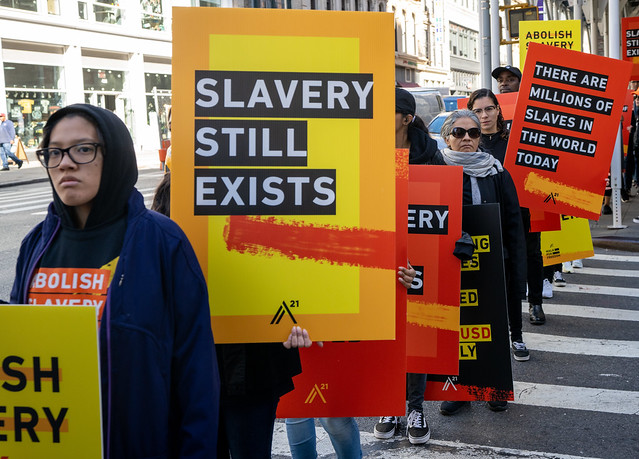 Human trafficking in Cambodia is growing and in need of action. In 2016, 40 million men, women and children were victims of human trafficking globally. Of these 40 million victims, 71% were women and girls and 29% were men. In this same year, modern slavery involved 15 million forced marriages and more than 25 million people in forced labor. Overall, the illegal sale of human beings generates more than $33 billion annually. In 2005, Chab Dai, a nonprofit, committed to aiding the recovery of survivors of human trafficking in Cambodia. Because human trafficking is the second-largest illegal trade network in the globe, Chab Dai’s work is vital. Chab Dai helps to grow the anti-trafficking movement and help survivors reintegrate into society while combating stigma.

At this time, Cambodia is backsliding in its progress in the fight against human trafficking. According to the U.S. Department of State’s 2021 Trafficking in Persons Report, Cambodia ranks as a Tier 2 Watch List country because it “does not fully meet the minimum standards for the elimination of trafficking but is making significant efforts to do so.” However, Cambodia has remained on this ranking for three years in a row, indicating stagnation in human trafficking progress. On top of “insufficient government oversight and accountability measures,” the main inhibitors of progress are the lack of investigations by officials, inadequate government protection services and ineffective judicial monitoring, among other issues. Ultimately, the systems in place tend to enable traffickers rather than punish them.

The Work of Chab Dai in Cambodia

Over the past 15 years, Chab Dai has worked to combat human trafficking in Cambodia by bolstering education initiatives about sexual abuse and human trafficking. The organization also trains authorities and healthcare officials on how to respect and support survivors. Additionally, Chab Dai advocates directly for policy changes in the Cambodian government and provides free legal support to survivors of human trafficking in Cambodia. The nonprofit helps to bring trafficked people back to their home countries and provides counseling as victims try to return to their normal lives. Furthermore, Chab Dai has a strong focus on helping survivors make a living, form healthy relationships in their personal lives and heal from their trauma.

As part of its reintegration work, Chab Dai conducts research based on interviews with survivors of human trafficking in Cambodia. All of the collected anti-trafficking research forms part of The Butterfly Project, which began in 2010. The organization publishes routine reports on how to successfully heal, recover and return to society after being sex trafficked. Moreover, the project guides experts, law enforcement, doctors and other nonprofits on how to best help survivors.

The research includes two to three interviews a year with 128 survivors of human trafficking in Cambodia. The 128 interviewees are 80% women and 20% men. Additionally, the interviewees come from many different development programs all run through Chab Dai.

The study promotes holistic care, cultural tolerance in the healing process and religious freedom. So, one of the most prominent findings is the benefits of diverse religious practices. Chab Dai empowers survivors to ask challenging questions of different faiths. This is a proven form of suicide prevention, increased emotional stability and community building as survivors seek a new normal. Because of this, Chab Dai is working to fight religious intolerance among other NGOs working to support survivors.

Ultimately, Chab Dai’s successes in The Butterfly Project empower survivors to speak up. The research aids consultation with other NGOs on how best to address the unique needs of survivors in the reintegration process. By listening to victims, Chab Dai is able to cater its initiatives to the specific needs of survivors of human trafficking in Cambodia.