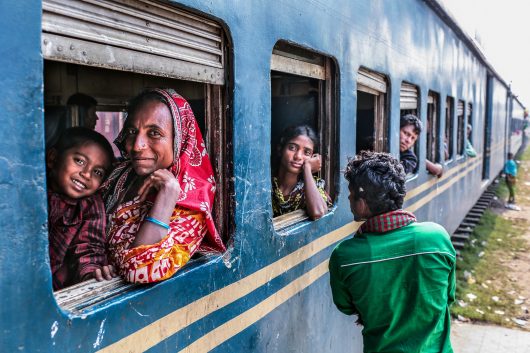 In early February, Indian Finance Minister Arun Jaitley announced a plan to apply the use of solar power to the 7,000 railway stations located across the country. The plan will be implemented as a part of the country’s federal budget for the upcoming fiscal year. Solar power in India is now the main focus of industry and infrastructure in the country.

During his speech regarding the budget, Jaitley informed the public that 300 stations across the country had begun to use solar energy. Indian Railways, the state-run organization that operates India’s trains, has been working for several years to set up a successful solar energy program. In 2016, the United Nations Development Program (UNDP) partnered with Indian Railways to generate five gigawatts of solar power capacity into the system. To put this into perspective, global solar installations are expected to reach close to 70 gigawatts in 2017.

Now, with the joint commitment of the government, Indian Railways will be able to cohesively move forward in its mission to normalize solar power in India. By the end of 2017, India hopes to harbor at least nine gigawatts of solar energy. The plan to implement solar panels and production into rail stations is part of a larger goal to increase solar capacity to 100 gigawatts by 2022.

The Union Railway Master in Indian, Suresh Prabhu, has also publicly discussed the intentions of the proposal. The union government is funding research that looks into producing solar power in India from waste materials. In doing so, the cost of electricity and other expenditures will be reduced, leaving extra funding for expanding infrastructure and railway facilities.

In order to finance the technology it will take to harness solar energy for the railways, India has collected close to $8 billion in coal taxes. Approximately $1.8 billion of the funds will go into solar energy for Indian Railways. The money from this tax is focused on producing cleaner energy, forest conservation and sanitation efforts. Solar power in India is just one facet of the nation’s larger campaign to reduce its dependence on fossil fuels. The nation has also produced the first airport in the world that runs solely on solar power. As Indian corporations and its government work together in the fight to create a greener world, solar power remains at the forefront of their mission.

Solar power holds endless untapped potential. The sun produces approximately 170,000 terawatts of energy per day. This is about 2,850 times the energy currently required by the Earth’s population.