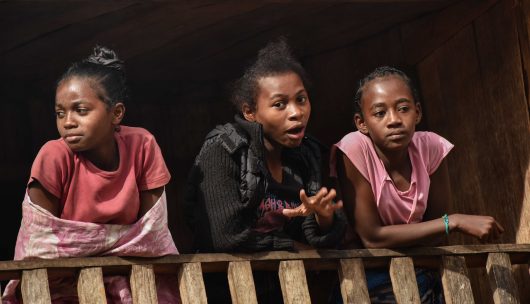 She’s the First is a non-profit organization dedicated to providing scholarships for girls in developing countries.

The organization allows donors to directly sponsor the education of girls in low-income areas around the world. Research shows that girls at the secondary school level are particularly vulnerable, but thankfully She’s the First focuses on these girls and partners with local organizations to find potential secondary school level scholars based on academic merit, personal hardship and potential to contribute to the community following graduation.

The founders of the organization — Tammy Tibbetts and Christen Brandt — were inspired by their personal experiences with education and the power of a woman’s support network.

The education offered by She’s the First leverages these support networks to stretch beyond basic academics. The organization connects girls with support systems and mentors who teach them how to apply their newfound skills in their everyday lives, hoping that by being provided with such scholarships, the girls will be able to delay marriage and childbirth, avoid domestic violence, secure better wages and ultimately break the cycle of poverty.

Scholarships for girls are part of an overarching goal to achieve gender equality on all fronts. The United Nations recognizes the importance of girls’ education and have listed equitable education for all as one of its Sustainable Development Goals.

Research shows that investing in education for girls is not a futile effort; it increases both women’s earning potential and countries’ economic outputs. According to She’s the First, “only one in every five girls in the developing world finish primary school, and only one out of every three countries (37 percent) has as many girls as boys in secondary schools.”

She’s the First, meanwhile, has provided scholarships for over 750 scholars in 11 countries. According to their website, She’s the First has one main goal with their scholarships for girls: “We can transform a girl’s life if we help her be the first to reach her high school graduation, changing the trajectory of her entire life.”

A Nation in Recovery: 10 Facts about Ecuadorian RefugeesTen Facts about Refugees in China
Scroll to top